Fire at the Flamingo Motel in Eureka 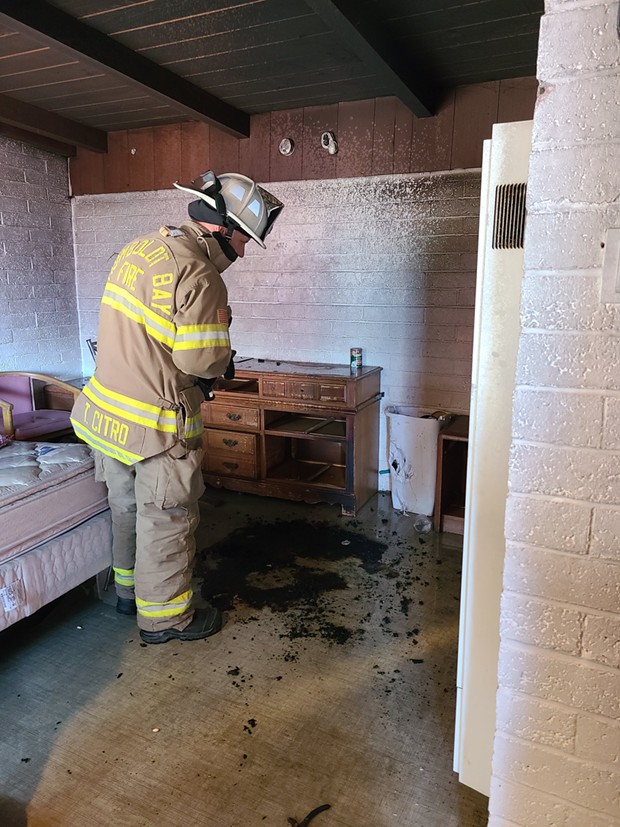 Humboldt Bay Fire reports the Flamingo Motel on Broadway Street sustained minimum damage to one room today after an individual apparently intentionally set a pile of clothes on fire.

The Eureka Police Department detained one person who fled the scene. The call to Humboldt Bay Fire came in just before 11 a.m. and reported a person may be stuck inside of the room, according to a news release.

“Due to a quick response time and entry to the room, the fire was controlled within minutes and damage to the room is minimal, estimated to be around $2,000,” the release states.

On Tuesday, July 14th at 10:59 a.m. Humboldt Bay Fire was dispatched to report of a structure fire at the Flamingo Motel on the 4200 block of Broadway St. in Eureka.

The caller reported flames inside of a room, and the possibility that a man was stuck inside. Crews responded to the scene and found smoke showing from a single room of the motel.

Inside the room, crews extinguished a pile of clothes they later determined were intentionally set on fire.

The report of the fire being intentionally set was conveyed to Eureka Police Department law enforcement officers, who detained the individual who had fled the scene.

Due to a quick response time and entry to the room, the fire was controlled within minutes and damage to the room is minimal, estimated to be around $2,000.

Humboldt Bay Fire would like to remind the public that if you see or smell smoke, or hear an alarm, do not hesitate to call us at 9-1-1.