A Pandemic Homecoming: As COVID Spreads Through Prisons, the State is Releasing Inmates Early with Little Planning

It was just days before the July Fourth weekend when Humboldt County Chief Probation Officer Shaun Brenneman got the official word: A handful of state inmates were being released early as COVID-19 continued to tear through state facilities. The released inmates would arrive in a couple days, Brenneman was told, including one who’d tested positive for COVID and another who’d been exposed to the deadly virus.

What followed was a race that pitted the Humboldt County Probation and Public Health departments against the clock as they scrambled to find places where the released inmates could safely quarantine, and put plans in place to monitor and care for them.

“Our plans were made on the fly,” Brenneman said. “I’m just proud of the work that county staff did on a Fourth of July weekend to make that happen.”

While the releases were rushed, the California Department of Corrections and Rehabilitation has been planning for months to let some inmates with limited time remaining on their sentences out early.

For the better part of two decades now, California has wrestled with prison overcrowding, which has spawned a host of lawsuits and a federal receivership. But even after prison realignment laws and ballot measures aimed at alleviating the problem, California’s prisons remain overcrowded, with 112,000 inmates crammed into facilities built to house 85,000. (The current population, though, is down substantially from a peak of 165,000 in 2006.) The prison population is also disproportionately comprised of people of color, with Latinx people making up 44 percent of CDCR inmates but just 38 percent of the state’s population, and Black people accounting for just 6 percent of the state’s population but 28 percent of its inmates.

The crowding — which has long created health concerns and allegations of cruel and unusual punishment — took on a renewed urgency when the COVID-19 pandemic hit earlier this year. There are a number of reasons inmate populations are especially vulnerable: Prisons are just the kind of congregate living situation — with lots of people crammed into tight, indoor spaces — through which the virus can spread rapidly; roughly a quarter of the inmate population is over the age of 50 and thus more susceptible to suffering critical outcomes from the disease; and 73 percent of the inmate population are Latinx, Native and Black people — populations that data increasingly show disproportionate critical and deadly outcomes form the disease.

With all this in mind, CDCR officials began planning to thin its prisons’ ranks.

In March, the department announced plans to release 3,500 inmates — people with 60 days or fewer left to serve on their sentence and who were deemed low risk to the public. At the time, CDCR had confirmed a total of 26 COVID-19 cases — 22 in staff and four in inmates — at 10 prisons. But those numbers have since ballooned. At San Quentin State Prison alone, more than 2,000 inmates — nearly two thirds of its population — and 200 staff have now been infected, including 10 deaths among the inmate population, three of which were reported since Saturday. Pelican Bay State Prison, meanwhile, has been largely spared thus far, with no confirmed inmate cases and just two in employees, as this story went to press. But throughout all the state’s prisons, 6,400 cases have been confirmed with 35 deaths and numbers continuing to rise sharply. Consequently, the CDCR recently announced it now intends to release some 18,000 inmates with less than six months remaining to serve on their sentences by the end of August. That number would be the equivalent of releasing about 16 percent of the state prison population. 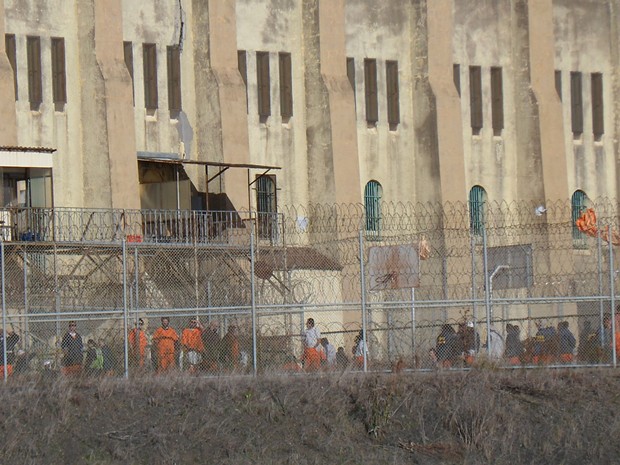 It’s unclear how many of those people may be returning to Humboldt County. During a recent media availability, Sheriff William Honsal said he’s heard it could be 30 or more while expressing some concern over the impact on public safety and public health. Brenneman said the number “kind of moves” but that he currently has a list of 25 people CDCR expects to release into the county by the end of the month. (As of 2016, about 550 people were serving sentences in state prison handed down in Humboldt County, according to the California Sentencing Institute, 16 percent of which would equate to 88 people.)

Honsal made clear during his media availability that the CDCR release criteria mandates that those being released can’t be serving time for domestic violence or other crimes considered “violent” under state statutes, nor can they be registered sex offenders. But Honsal said there’s nothing to prevent CDCR from releasing people currently serving sentences for nonviolent crimes but who have violent criminal histories early. Then there’s the COVID risk, he said.

Under the CDCR guidelines, inmates are tested for COVID-19 a week prior to their release. Those who test positive or have a confirmed exposure will be released to probation in conjunction with Public Health, so they can quarantine for 14 days. Honsal indicated he believes this poses a public risk in addition to the potential public safety risks.

Brenneman, for his part, said he gets that concern but he also understands the moral obligation of worrying about the care and health of people put in your custody.

“I understand and grasp the necessity to release people early from prison [amid the pandemic],” he said, while also acknowledging that the hurried nature of the releases poses challenges. “There were opportunities earlier to identify that need and make plans for more structured releases.”

And that’s about more than just public health, he said, explaining that his department will typically be notified months in advance of a release and begin regular video conferencing sessions with an inmate some 60 days prior to their release to discuss their post-release plans, housing situation, what barriers to success they expect to face and what needs probation might be able to help the address.

Getting dropped off by the CDCR in Eureka after serving a prison sentence can be challenging and disorienting under the best of circumstances. Imagine doing it in a pandemic, Brenneman said, before returning to the subject of learning that two potentially COVID-positive inmates were being released back into the county earlier this month.

Brenneman said it was fortunate that probation had developed a “more robust relationship” with public health during the pandemic, which made it easier to plan on the fly. Public Health Director Michele Stevens agreed, explaining that probation staffers have been deployed as disaster service workers during the county’s COVID-19 response. Because probation has vehicles already equipped with Plexiglas partitions that separate drivers from rear passengers, they’ve been used in recent months to transport members of the “high-risk homeless population” to and from temporary housing and testing sites.

Stevens explained that the main issue from a public health perspective is making sure the returning inmates have a place where they can quarantine safely, meaning they aren’t going to be around other people, spending time in shared spaces or sharing a bathroom. A lot of families don’t have the space to accommodate those needs, she said, adding that was the case with the two people released earlier this month, both of whom were put up by the county in a local hotel.

She said CDCR transported them both directly to the hotel, where county staff was on site to meet them, armed with an isolation and quarantine order from the health officer. Then, she said the idea is to make sure they have whatever they need to stay put. She said the county’s emergency operations center has an agreement with Blue Lake Rancheria, which makes and freezes meals for delivery. Public Health staff then drops off three days’ worth of meals — nine in total — at a time, which those quarantining can keep in their room’s mini-fridge and microwave when ready to eat. Public Health staff, she said, also checks in daily to see if there’s anything else they need, from medications to personal items.

Brenneman said probation’s role is simply to make sure they stay put, adding that officers check in at least twice a day with cold calls or knocks at the door. In a limited sample size of two, both Stevens and Brenneman said everything has gone smoothly so far.

“We have a good relationship with probation,” Stevens said. “It’s been working great.”

Brenneman agreed. But he quickly added he hopes for more lead time with future releases, stressing that the goal isn’t just to keep those returning to the local community from starting a COVID-19 cluster but for former inmates to lead successful lives.

“It’s important to remember they are us,” he said. “They’re our mothers and fathers, brothers and sisters. They’re our neighbors. We have a responsibility to them to provide them an opportunity to come back and live a better life, to live a better version of who they can be.”