Shooting in Eureka Sends One to Hospital

UPDATE:
The Humboldt County Sheriff's Office issued a press release this morning indicating the shooting appears to have occurred during a cannabis robbery gone wrong. See the full release copied below our original post.

PREVIOUSLY:
The Humboldt County Sheriff's Office is investigating a shooting that occurred at approximately 1:30 a.m. in a possible attempted home invasion in the 3900 block of D Street in Eureka

The victim was taken to the hospital Code 3 (with lights and siren).

According to preliminary information from Humboldt County Sheriff’s Sgt. K. Holt, there was a confrontation between three suspects and people in the home. One suspect fired a round and struck a young man.

The first reports indicate that there are three adult male suspects but there is no clothing description, and the suspects were said to have left in an unknown direction.

See photos of the scene by Mark McKenna below: 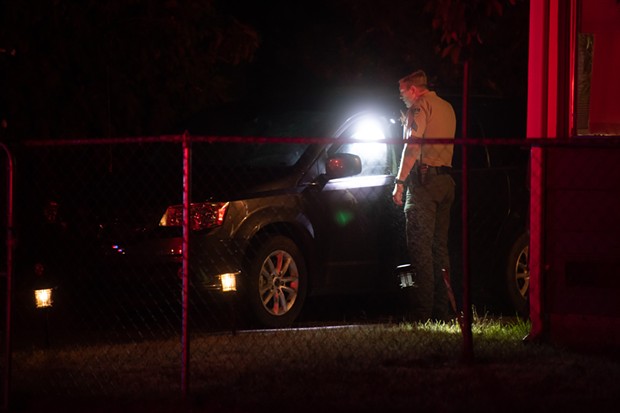 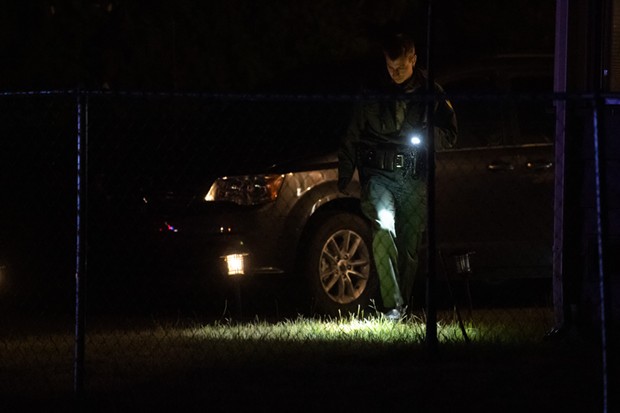 Home Invasion/Armed Robbery Investigation
Sheriff Star
On July 21, 2020, at about 1:30 a.m., Humboldt County Sheriff’s deputies were dispatched to a residence on the 3900 block of D Street, in the county’s jurisdiction of Eureka, for the report of a home invasion/armed robbery in which one person had been shot.

Deputies arrived on scene and located a male victim with a gunshot wound. The victim was transported to a local hospital for emergency treatment. He is expected to recover.

Upon further investigation, deputies learned that the victim was part of a group of people visiting the area from out of the state. The group had rented the residence for the duration of their stay. During their time in Humboldt County, the group had acquired a large amount of cannabis and were in the process of preparing the cannabis for shipment out of the state.

While the group was preparing the cannabis, an unknown number of suspects with firearms forced entry into the residence. The male victim confronted the suspects and a struggle ensued. One suspect then reportedly shot the victim prior to fleeing the residence.

The suspects are only described as males wearing all black and ski masks.

This case is under investigation.