Fire Near Weitchpec Grows to 150 Acres 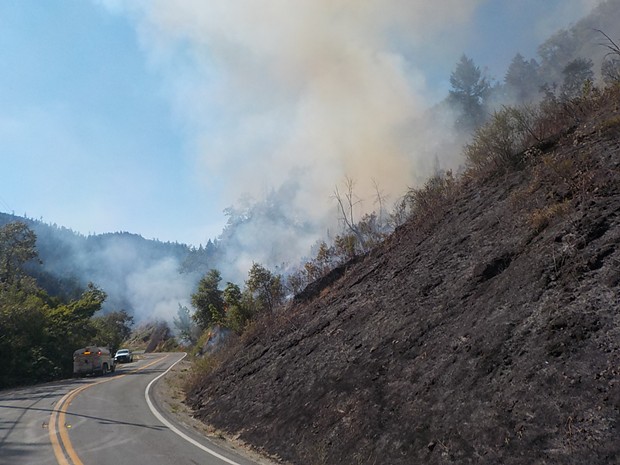 The MP 21 Fire, which began July 20 and temporarily closed State Route 96
about two miles south of Weitchpec, is now estimated to be about 150 acres and 30 percent contained, according to the Northern California Geographic Coordination Center.

“The fire is established in the Bull Creek Drainage in steep and rugged terrain,” the center says. Incident Management Team 11 will be brought in around noon today to be briefed and then will manage the fire.

According to the center, the fire is burning in timber and brush and threatening “critical high value timber.”