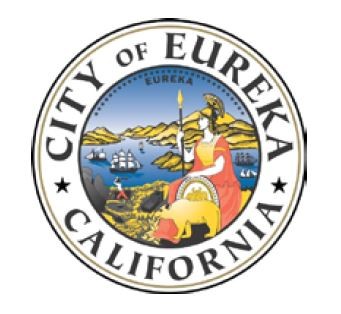 Eureka voters will decide in November whether to extend an existing local sales tax at an increased rate to bolster the city’s cash-strapped coffers hit hard by the COVID-19 pandemic.

If passed, the yet-to-be-named measure will increase the transaction tax to 1.25 percent — up from the current 0.5 percent originally approved by voters in 2010 and reapproved as Measure Q in 2014. If approved, the new tax is estimated to bring in $9.6 million a year, according to the ordinance.

There is no sunset date for the proposed measure — unlike its predecessors — and the tax would continue unless repealed by voters.

Under the proposal, the city’s total sales rate would increase to 9.25 percent next summer — which would place Eureka on the upper end of other municipalities in the state but by no means the highest, according to data from the California Department of Tax and Fee Administration.

Most cities in Los Angeles County, for example, have sales tax rates ranging from 10 percent to 10.25 percent.


The Eureka City Council voted unanimously earlier this week to bring the matter to the ballot, with city officials saying the resulting funds would continue to be directed toward maintaining essential services, including the city’s police and fire departments as well as youth, senior and homeless services, community health care, parks and recreation and road repair.

A survey of likely Eureka voters conducted by EMC Research, an independent public outreach firm, found overwhelming support for the proposed measure, according to the staff report.

“I believe this is a long time in coming and is greatly needed,” Councilmember Heidi Messner said just before the council voted. “Our streets need it, our COVID recovery needs it and our constituents need it.”

In a presentation to the council, Public Works Director Brian Gerving said the city was facing a decline in general revenue funds even before the COVID-19 pandemic hit.

Next year’s budget was reached by instituting $4.65 million in cuts compared to 2019-2020 spending levels, which include staff reductions, the elimination of “non-essential travel and training” and reductions in contractual services and supplies.

But even with those measures, the city still had to make up a remaining $500,000 deficit by dipping into reserves and using one-time unallocated funds.

“So, something needed to be done to provide a secure source of local revenue to make sure the city has the funds it needs to continue providing those essential service,” Gerving told the council.

He said raising the current local tax rate to 1.25 percent will basically maintain the city’s budget at its existing level with the current reductions in place while allowing the city to significantly invest in road repairs and pay down unfunded retirement obligations, ultimately saving residents money.

The current tax level brings in around $4.4 million a year.

“There is no foreseeable time when we will not have a need for this money,” Gerving said, also responding to Messner’s inquiry about the lack of a sunset date.
That “empowers voters,” Gerving said, because they have the ability to “initiate the process to put it back before voters every two years.”

Councilmember Austin Allison asked about exceptions to the sales tax, such as groceries, which Gerving said was correct and also applies to items like prescription drugs, but food purchased at a restaurant would be included.

Gerving said 58 percent of the general fund comes from sales tax revenue, with non-city residents’ purchases accounting for an estimated 50 percent of that amount because many people come to Eureka for work, shopping or otherwise tend to business in the county’s seat, which has impacts city services and its streets.

“That would not be true of a parcel tax, for instance,” Gerving said.

Sales taxes, however, can hit lower income households harder than other levies based on earnings or property values because a person making $12 an hour, for example, is proportionally paying more of their wages in the tax than someone making $25 an hour, according to the National Institute on Taxation and Economic Policy.

“State and local sales taxes are inherently regressive, requiring a higher contribution as a share of income from low- and middle-income taxpayers than the wealthy, because lower-income families have no choice but to spend more of their income on items subject to the tax,” a 2018 brief by the nonprofit, non-partisan institute states.

But certain exemptions, like those California has on groceries and prescription drugs, can help mitigate those impact, it noted.

Measure Q sunsets in June of 2021 and the new tax, if approved by a simple majority of Eureka voters, would go into effect the next month.

A handful of speakers addressed the council, all voicing support for the ballot measure.

Those included Eureka resident Caroline Griffith who said she is “very supportive of this tax” for many reasons, noting she believes the city has done an outstanding job responding to the unprecedented COVID-19 pandemic.

And, Griffith said, as an avid cyclist who is often confronted with “treacherous holes” in the road, she was delighted about the prospect of $1.5 million being invested in fixing city streets.

“I was ecstatic,” she said.