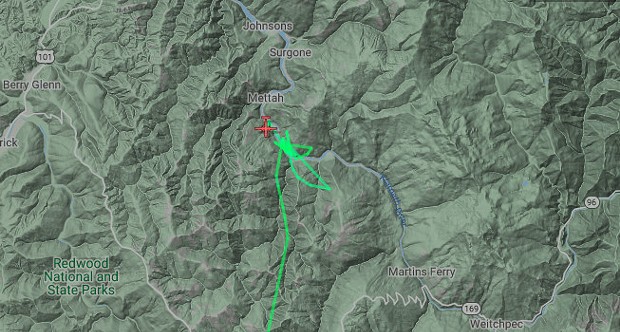 At about 2:11 p.m., Cal Fire received word that a fire was burning off Hwy 169 in the McKinnon Hill Road area between Pecwan and Martin’s Ferry in northern Humboldt County.

According to Jeremy Ward, Fire Captain Specialist, as of 3:15 p.m. the fire was about an acre and growing very slowly.

“We did dispatch all the aircraft in the unit–the air attack, one air tanker, and one helicopter,” he told us.

Firefighters are making good progress and expect to have the fire contained relatively soon and under full control by late this evening, Ward said.