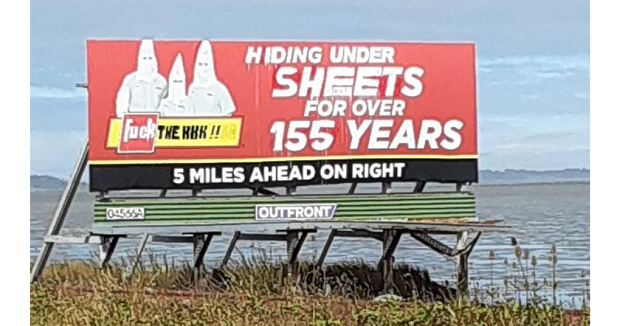 The Les Schwab Tire Center billboard between Eureka and Arcata got a provocative, anti-racist facelift overnight. The three figures have been altered to look like members of the KKK and the words now state, “Fuck the KKK!!! Hiding under Sheets for over 155 years.”

A few readers reached out to us about the change. One said, “I was not too sure the intent … of the message. To be honest, it’s quite unsettling.”

We reached out to Les Schwab and while they an employee there said they were aware of the alteration to the sign, they had “no comment.” 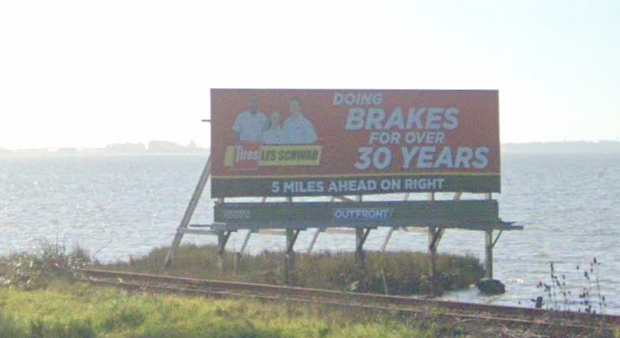