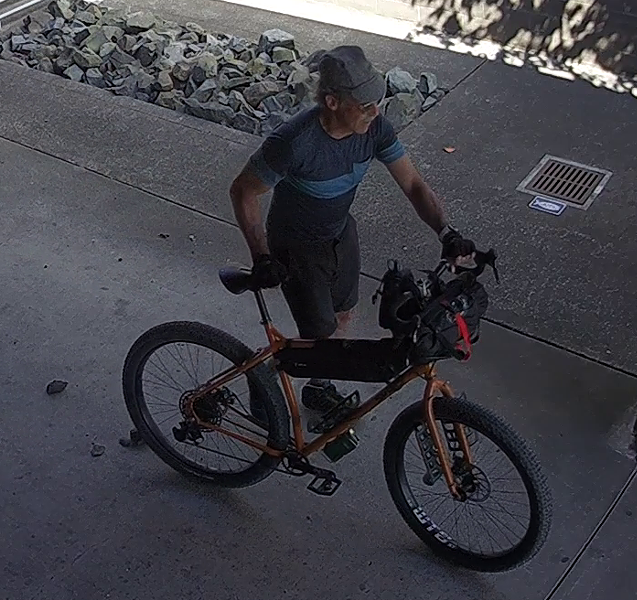 Community tips led to the identification and arrest of a 56-year-old man suspected of assaulting another person with rocks following what the Arcata Police Department describes as a bicycle road-rage incident.

According to a news release, Bryan Wayne Bach was contacted at his residence on the 4800 block of Union Street in Arcata. He was arrested on suspicion of assault with a deadly weapon and felony vandalism, the release states.

The Arcata Police Department reports the rock assault suspect was identified and has been taken into custody. More information is expected to be released soon.

The Arcata Police Department is searching for a felony assault suspect who was captured on video heaving large rocks at the victim, which shattered a window at the Union Town Shopping Center around 4 p.m. Sunday.

According to a news release, the incident was related to “bicycle road-rage.”

View the APD provide video below or by clicking here.


Read the updated release below:

On August 31, 2020, at approximately 3:19 pm, Investigators with the Arcata Police Department, with assistance from the Humboldt County Sheriff's Office, contacted 56-year old Bryan Wayne Bach, at a residence in the 4800 block of Union Street in Eureka. Through tips from community members, Bach was identified as the felony assault and felony vandalism suspect sought by APD following a bicycle road-rage incident at the Union Town Shopping Center. APD placed

Bach under arrest and he was booked at the Humboldt County Correctional Facility, on the following charges: PC 245(A)(1)-Assault with a Deadly Weapon PC 594(b)(1)-Felony Vandalism

APD would like to thank the community for assisting in Bach's identification and apprehension.

On August 30, 2020, at approximately 4:00 pm, officers responded to the Union Town Shopping Center for a felony assault. The suspect attacked the victim with large rocks and shattered a shop window, following a bicycle road-rage incident. Anyone with information as to the identity of the suspect, is encouraged to contact the Arcata Police Department at 707-822-2428 or the anonymous tip line at 707-825-2588. A video depicting the suspect and incident can be found on the Arcata Police Department Facebook page.