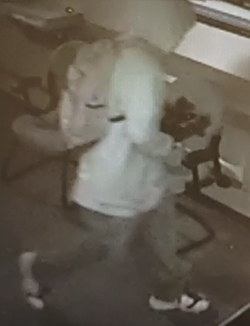 The Eureka Police Department responded to an armed robbery at a check-cashing business on Fifth Street yesterday.

According to an employee, a man brandishing a firearm forced his way into the business and ordered the employee to the rear of the business and stole the till from the cash register. He later ran on foot with the till and an undisclosed amount of cash. Officers were unable to locate him

The suspect was described to be approximately 5’10”, 185 lbs, and was wearing a mask, hooded sweatshirt, jeans, white shoes, gloves, a backpack, and was in possession of a handgun.

This is an ongoing investigation and more information will be released as available.

Anyone with information is asked to call Detective Bise at 441-4109.