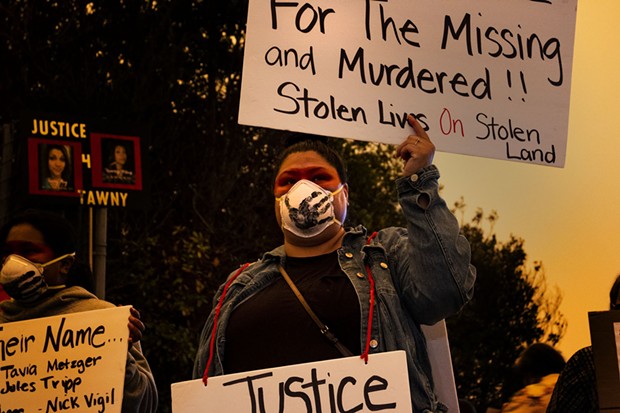 Nearly 150 demonstrators held up portraits of missing and murdered indigenous peoples such as Virgil Bussell Junior, Nick Vigil, Khadijah Britton, Jules Tripp, and many others. Several protesters held signs with portraits of Tawny James, the 32-year-old Humboldt County woman of Yurok and Karuk ancestry, whose death is considered suspicious by many in her community.

Several of the protesters had a red handprint painted over their mouths, a symbol of MMIW movement that Armstrong said represented the silence of the missing and murdered and the voice the protestors hoped to give them.

A 2020 research project entitled the “The Year 1 Project Report on Missing and Murdered Indigenous Women, Girls and Two Spirit People of Northern California” concluded 1 in 5 of California’s missing or murdered indigenous women are from Humboldt County. (Read past Journal coverage of the report here and here.)

Lydia West, a member of Oklahoma’s Cheyenne and Arapaho tribes and MMIW activist, traveled to Eureka from her residence in Lake County to join last night’s demonstration. Armstrong and West are collaborating to encourage local law enforcement, and ideally, the state of California, to establish a task force dedicated to solving these disappearances and homicides that disproportionately affect Native populations. West also described efforts to work with tribal leaders across Northern California to call for the establishment of these task forces.

Reflecting on last night’s demonstration, West expressed gratitude for the families of the missing and murdered who showed up en masse to speak for themselves and their loved ones. West described the gathering as an important step in healing and closure for families still seeking justice. 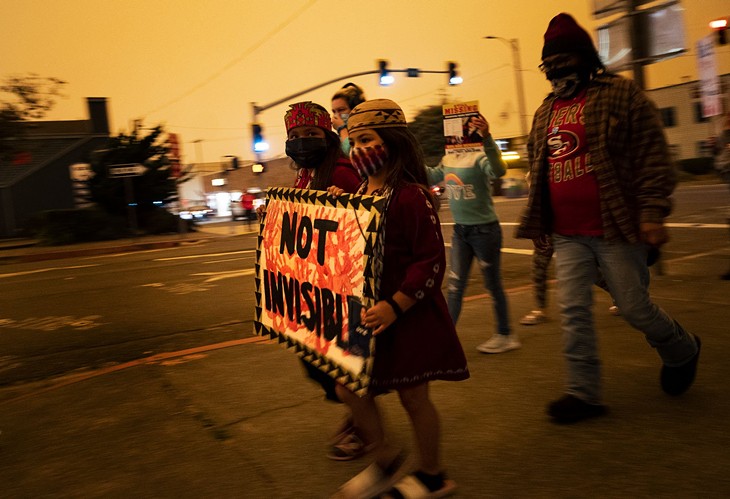 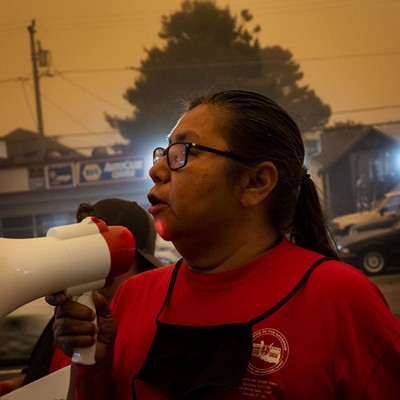 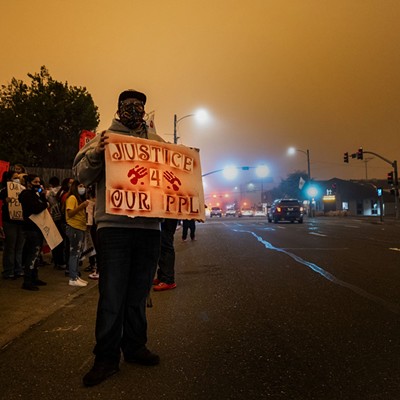 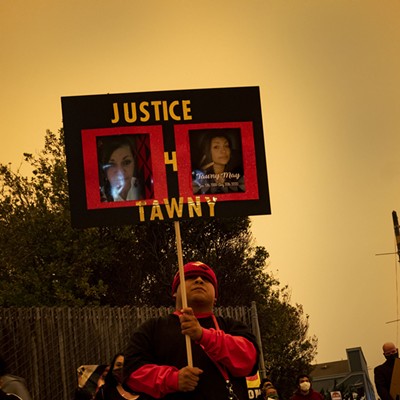 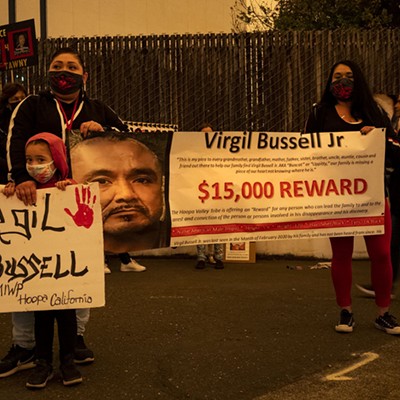 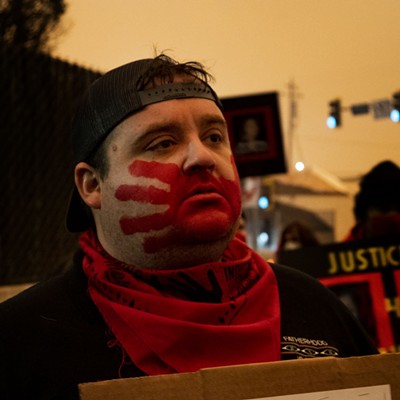 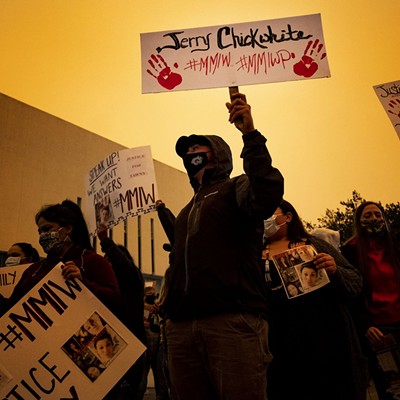 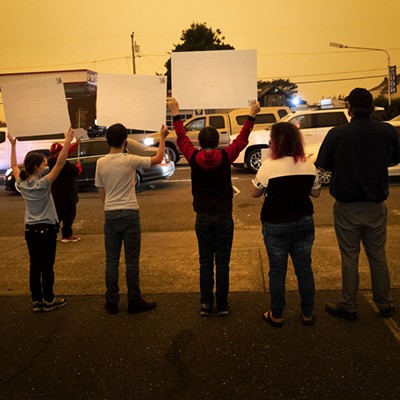 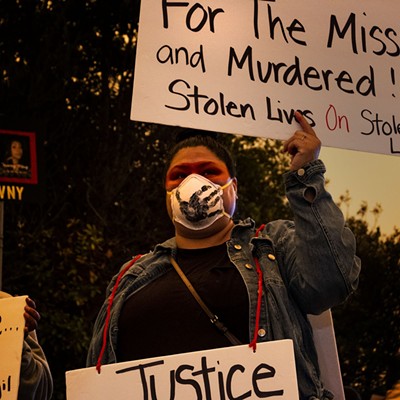