Today is Evo Fanucchi Day in the city of Eureka, celebrating native son Evo Fanucchi's 100th birthday. It is an apropos gift for a man whose passion and work has been a gift to the city, and whose colorful life has touched so many. 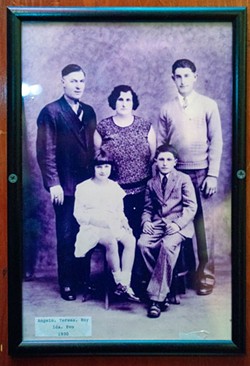 Evo’s dad, Angelo Fanucchi, immigrated from Italy to the East Coast in the early 1900s before moving to Eureka where he set up a bootleg business during prohibition — a cigar shop on one side and a speakeasy on the other — that would eventually become one of Eureka’s most beloved and enduring institutions: Roy’s Club Italian Food.

Evo's family lived above the business at a time when Old Town was rife with bars and brothels; it was a wild and lawless part of the city and dangerous at times. Evo worked delivering newspapers to the bars and brothels at age 14, he worked for Tom Lazio Fish Co. Inc. and when he turned 21, he tended bar at the family business, which by then had become a legitimized bar and restaurant. 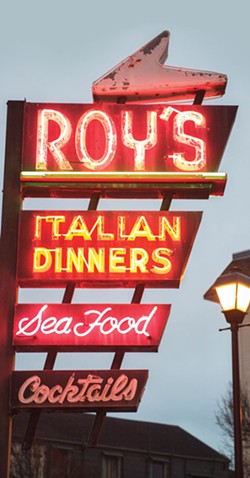 Evo and his wife Catherine eventually bought full ownership of Roy's after his brother’s death in 1991. And in 2017, they were there the last night Roy's served platefuls of pasta and classic cocktails to a sentimental stream of patrons. Those of us who've dined at Roy's recall more than just great Italian food. The legacy of family, love and service was imprinted everywhere. The restaurant’s hallowed halls held endless stories and its cozy, wood-panelled walls held you like an embrace.

We raise our glasses to you, Evo. Cin cin!