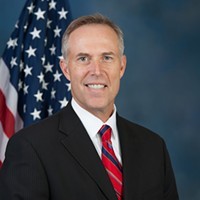 Congressman Jared Huffman will be hosting a Facebook Live event this Wednesday to announce the findings of a new Congressional report on the impacts of the 2020 Census on the constituents of California’s second district.

For more information on the Congressional report and the Facebook Live event, read the press release below.

San Rafael, CA – This Wednesday, September 23, 2020 at 2:30 p.m. PT, Congressman Jared Huffman (D-San Rafael) will be hosting a special Facebook Live to announce the findings of a new Congressional report on the impacts of the 2020 Census on the constituents of California’s second district. This month, the House Committee on Oversight and Reform Subcommittee on Civil Rights and Civil Liberties compiled a report that details how a complete Census count will impact critical funding and services in the second congressional district, including funding for schools and job training in Marin, Sonoma, Mendocino, Humboldt, Trinity, and Del Norte Counties. Rep. Huffman will share the findings of this report during the live online event and answer questions from viewers.

Participants are encouraged to ask questions in the Facebook video comments section during the event for a chance to have your question read aloud and answered live. Members of the press interested in attending should submit their RSVP to mary.hurrell@mail.house.gov.

Members of the public are invited to submit their questions to huffmanQandA@mail.house.gov. Please be advised that this is a virtual event; members of the press and public should not attempt to meet in person with the Congressman. For more information on Rep. Huffman’s work, visit huffman.house.gov.

Representative Huffman has joined several of his colleagues this year in legislation to ensure a fair and accurate count of the Census, including:

Leading a letter to Tribal Affairs Coordinator for the U.S. Census Bureau Dee Alexander ensuring that tribal members be counted in the Census, despite having been told they might need to redo their online form because they lacked a unique census ID. Ms. Alexander guaranteed to Congressman Huffman that despite preferring that tribal members refill out the census to make geolocating easier, everyone who had already filled out the census would be counted.
No Funds for Apportionment Exclusion Act, led by Representative Meng, which bans implementation of the President’s memorandum on the counting of the U.S. Census that would exclude immigrants in the country illegally.

The 2020 Census IDEA Act, led by Rep. Maloney, which ensures the citizenship question is not included in the next Census by prohibiting last minute operational changes to the decennial Census that have not been thoroughly researched and tested for a period of at least 3 years prior to Census Day. The bill also enhances congressional oversight of the Census and requires GAO to certify that subjects, types of information, and questions on the decennial Census have been sufficiently researched and tested before the questionnaire can be printed.