The Blue Lake Rancheria stepped up to help a neighbor in need this week, delivering more than 10,000 pounds of food to the Karuk Tribe to help its tribal members who have been impacted by the Slater Fire. 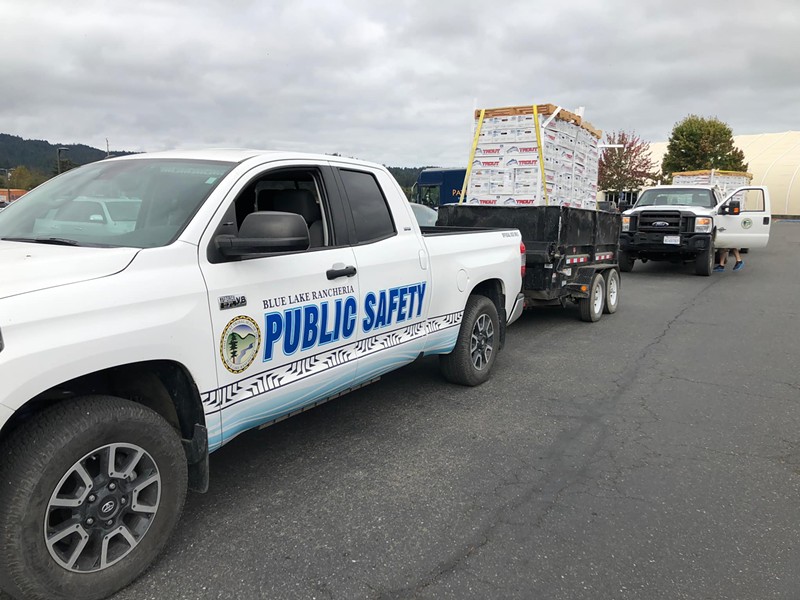 The Karuk Tribe declared a state of emergency Sept. 16, saying that many of the 150 homes the Slater Fire had destroyed to that point "belong to Karuk Tribal members and their families."

"This fire is devastating our Tribe and our community," said Tribal Chair Russell 'Buster' Atterbery in a press release. "The fire moved so fast that folks had little time to collect essentials before fleeing for their lives. A lot of people have nothing left but the clothes on their backs."

The tribe announced Wednesday that it had procured a "limited number" of temporary housing trailers for Tribal elders and other members who are displaced or were recently made homeless due to the fire. (Those in need can find a trailer application here.)

This week, the Tribe also established a Slater Fire Relief Fund to direct aid to impacted families in the Karuk Tribal community. Tax deductible donations can be made here.