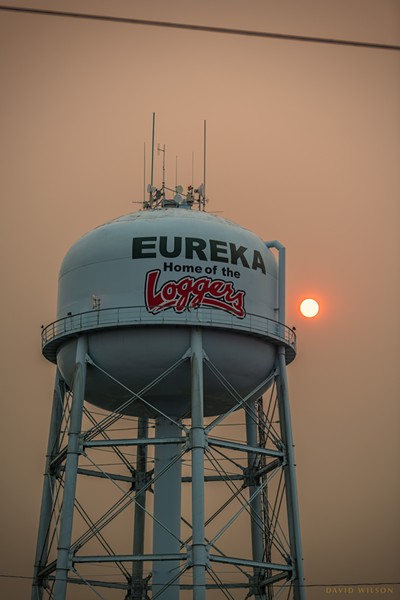 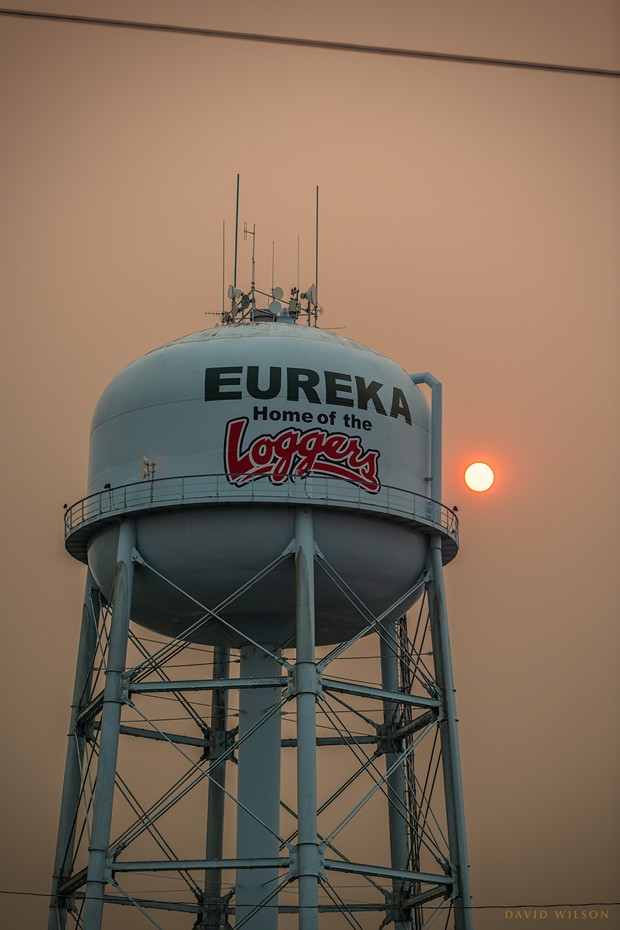 UPDATE: The virtual public meeting for the Slater and Devil Fires scheduled for 6 p.m. has been cancelled and will be rescheduled for a later time.

Smoke-filled skies are creating unhealthy to very unhealthy conditions over much of the region, with some areas expected to see improvements this afternoon while other expected to worsen.

August Complex: Smoke will settle into valleys each night and morning and may be slow to lift or remain in place the entire day. This will lead to worsening smoke impacts and poor air quality across Southern Humboldt and Trinity County. Air quality will be highly dependent on fire activity from the August Complex as well as other fires burning regionally.

Slater/Devil Fire: Higher level transport winds will have a southerly component and will carry smoke from the very active fires to the south, northward into the Del Norte area starting this afternoon. Smoke  is anticipated to pool in the Klamath drainage this evening/overnight. Coastal Del Norte communities will also experience moderate impacts.

The fire complex burning just northeast of Willow Creek has grown by over 3,500 acres since yesterday’s report, and now spans more than 120,000 acres of mostly national forest lands and remains 31 percent contained.

"Hot and dry weather continues through the week," today's update says. "Winds will subside. The incident fire behavior analyst anticipates that interior unburned islands of fuels and uncontrolled fire edges will continue to readily burn. This and other fires may produce smoke accumulation in several local communities."

And in Humboldt County, evacuation warnings have been issued for the following communities: 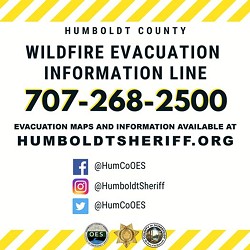 
Areas east of Bell Springs Road to the Trinity County border and south of Pipe Creek to the Mendocino County border. Residents should prepare for potential evacuations, including personal supplies and overnight accommodations. Be ready to go at a moment’s notice. More information will follow if an Evacuation Order is issued.

Residents are asked to prepare now and not to call 911 for wildfire information, a wildfire evacuation line can be reached at 707-268-2500.


West:
"Yesterday, the fire continued to be wind driven to the west and southwest prompting evacuation orders and warnings being expanded in Trinity, Humboldt and Mendocino Counties," the update reads. "Firefighters worked in extremely difficult terrain, performing structure defense and constructing both indirect and direct containment line in the Travis Ranch area. Overnight, the fire was extremely active north of Travis Ranch and east of Zenia where firefighters were faced with the fire making uphill terrain driven runs."

The Northern Rockies Team 2 Incident Management Team will hold a virtual
public meeting tonight at 6 p.m. Fire managers and representatives from
the community will provide an update on the fire situation, evacuations
and closures, and county services. A meeting Update: Cancelled.

For more on the Slater/Devil Fires update, read the press release below:
See related PDF 2020-9-29-Slater-Devil_Fire_update_ENG_DL.pdf