October 03, 2020
2 comments
A long line of cars, trucks and other vehicles festooned with campaign flags and signs formed a pro-Trump parade that started in the Fortuna Safeway parking lot at 11:30 a.m. and traveled north through Arcata and McKinleyville. The crowd eventually gathered at the north side of the McKinleyville Safeway parking lot, where attendees — many without masks — chanted their support. See photographer Kris Nagel's slideshow of the gathering there below. 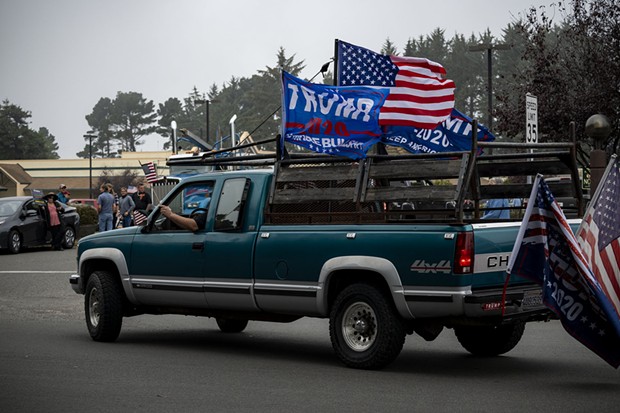 Earlier in the week, the Eureka office of the Humboldt County Republicans posted on Facebook offering campaign swag for interested participants. Following the debate at which the president refused to condemn white supremacist group the Proud Boys, the Times-Standard asked the local organization's chairperson Doug Brower if "the local Republican party condemned white supremacy and believed in the peaceful transition of power." Brower is quoted as responding via text, “We have no statement period.”

The event was planned prior to Friday's announcement that President Trump and first lady Melania Trump tested positive for COVID-19, and his subsequent transfer to Walter Reed Medical Center. The president has been widely criticized for both admittedly downplaying the seriousness of the pandemic and mocking those who wear masks to protect themselves and others from infection. In response to the announcement of the diagnosis, North Coast Congressmember Jared Huffman tweeted out, "I hope he recovers fully. He needs to face justice." 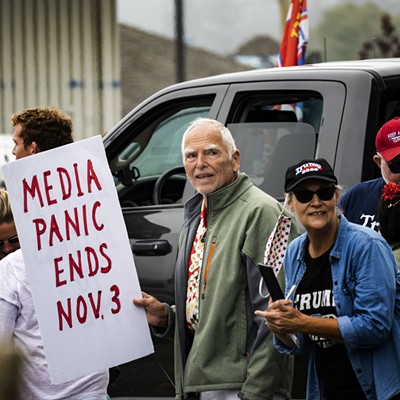