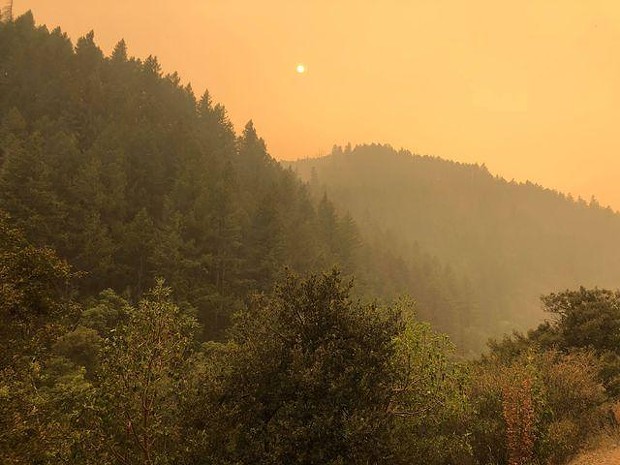 With the cooler weather and gusty southwest and west winds today, the smoke that has lingered throughout the week is expected to clear temporarily.

In the north and northeast flank crews will improve, monitor and maintain structure protection systems around the communities of Godfrey, Blue Ridge and Black Bear.

Due to the change in winds, 10-15 mph with gusts up to 25 mph, fire activity may increase.

In the northwest zone, crews are focusing on mop-up along containment lines and patrolling around nearby structures in the Ruth Lake area and north on the Mad River Road. Crews will build line west of the Ruth Lake, from the Lassic Fire burn scar near Coffee Pot, eastward toward the lake. Crews continue mop-up and patrol along the burn south of Litle Round Mountain.

Strong southwesterly winds above 25 mph are expected at higher elevations, which may increase burning ahead of the rain.

On the northern flank, mop-up, patrol and structure defense continue along fire lines, with crews steadily increasing the depth of containment.

On the eastern flank, crews have contained four small spot fires outside the perimeter near Swan Mountain in the headwaters of the left fork of Sucker Creek, while on the southern portion of the fire, crews continue to patrol, monitor and reinforce containment lines in Happy Camp and along the southwest flank up to Kelly Lake.

According to today's update, the fire will transition to a monitor and patrol status as the fire hasn't shown significant activity for several days.

Fire crews are working on mop-up and patrolling the northern and southern areas of the Devil Fire, with lines holding along the Butte Fork of the Applegate River, 1040 Road, and Pacific Crest Trail.