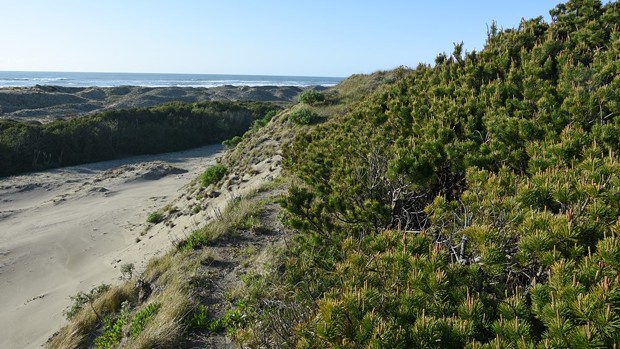 Back in 2005, after swooping in at the 11th hour to outbid Friends of the Dunes and the Humboldt Bay Harbor District for a 200-acre property on the Samoa Peninsula known as the Dog Ranch, foiling preservation plans, Eureka businessman and billionaire Rob Arkley made no effort to conceal his glee, according to a report in the Journal.

“They got in second place!” he said, adding that one of the first thing he intended to do was fence the property off from public access. “And it’ll never, ever, ever, ever be sold to them. I’m not going to give it to the government agencies. I believe there’s far too much government land.” 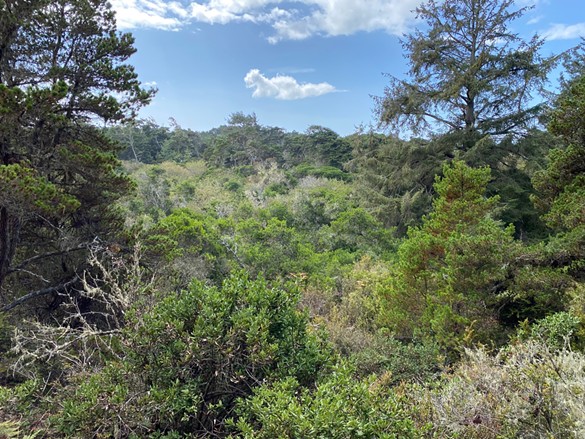 While it’s unclear what prompted the change of heart or wallet, there clearly was a change, as Friends of the Dunes announced yesterday that it, the Harbor District, the Wildlife Conservation Board, the California Natural Resources Agency and the California Coastal Conservancy had completed a deal with Arkley’s Security National Investments X to purchase the property “for the purposes of conservation and public access.” Arkley put the property west of the Samoa Bridge — which included an older home, outbuildings, a ranch facility, a wide swath of sensitive dune habitats and an ecologically significant piece of coastal forest — back on the market in 2014 with an asking price of $2 million. Friends of the Dunes Executive Director Mike Cipra said the final purchase price was “right around” that number.

Cipra, who said he “picked up the keys from Security National this morning,” described the property as special and repeatedly expressed gratitude to the other agencies and organizations involved in the purchase.


“This time around, we came to this conservation party pretty late in the game,” Cipra said, explaining that the Harbor District had been working to purchase the property as an interim land owner but realized it was too much to take on. “This conservation acquisition was in jeopardy of falling apart and it’s too important for our community and environment to let that happen.”

The Dog Ranch property is part of 357 acres included in the acquisition and — when added to the Manila Dunes and Recreation Area — will create a continuous swath of more than 1,600 acres of native dunes to be managed for habitat conservation and public access. The far-reaching property includes diverse wetlands, wildlife habitat and an assortment of rare, native plants.

Cipra said California Department of Fish and Wildlife Environmental Scientist Michael van Hattem, the Harbor District, the Wildlife Conservation Board, the Coastal Conservancy and the California Natural Resources Agency were all integral in making this happen. 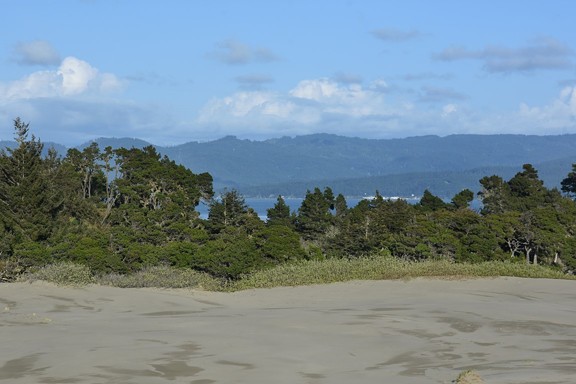 “I think it’s important to acknowledge those agencies and their leadership,” he said. “And I do want to emphasize that the Harbor District and Security National have been really great to work with. They’ve been patient and consistent partners throughout this.”

Asked whether anyone at Security National was reticent about handing the property over to government agencies or a conservation effort, Cipra said no.

“I would say that in working with everybody at Security National, the folks have been professional and thoughtful, and expressed no opposition at all to conservation ownership,” he said. “It’s been good to work with them and they were aware all along that this purchase was for the purpose of conservation and public access.”

But exactly what that will look like long term remains somewhat murky.

Friends of the Dunes is taking over the property — dubbed the Dog Ranch because it was once used to kennel a lumber baron’s hunting dogs — as an “interim land owner and manager” and will work with partners to figure the best long-term ownership and management structure. 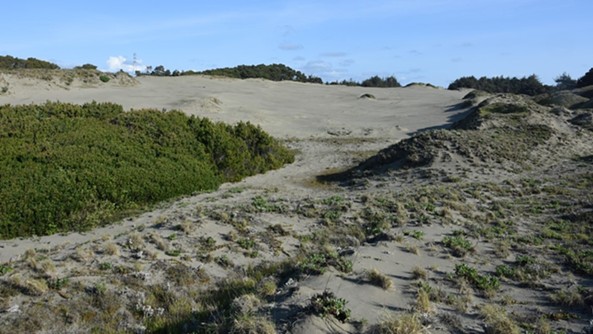 For the time being, Cipra said Friends of the Dunes will work with the Bureau of Land Management, the California Department of Fish and Wildlife, the U.S. Fish and Wildlife Service, the Harbor District, the county of Humboldt and the Wiyot Tribe under a memorandum of understanding to manage the property together.

“We’re going to be working together,” he said. “You realize in conservation, you can’t go it alone.”

Friends of the Dunes has completed a deal with Security National, the Humboldt Bay Harbor Recreation and Conservation District, the Wildlife Conservation Board, the California Natural Resources Agency, and the California State Coastal Conservancy to acquire the Samoa Dunes and Wetlands for the purposes of conservation and public access. The Samoa Dunes and Wetlands is a 357-acre coastal dune and bayfront property that includes the former Dog Ranch.
“We’re grateful to all of our partners who have worked together to protect this ecological treasure for our community,” said Mike Cipra, Executive Director of Friends of the Dunes. “A broad coalition has been working in collaboration here—from the California Department of Fish and Wildlife, to the Coastal Conservancy, to Security National, to the Harbor District, to our Humboldt County Supervisors Virginia Bass and Mike Wilson, to the Wiyot Tribe.  And today, we stand in solidarity with all of our partners and the community to share that we have conserved a profound coastal dune forest, diverse wetlands, healthy habitat for wildlife and for rare native plants, and a truly special place where people can find inspiration in nature.”
Friends of the Dunes is now interim landowner of the 357-acre Samoa Dunes and Wetlands, while the conservation non-profit works with its partners to identify the best long-term conservation landowner for this property. Friends of the Dunes has established partnerships with the Humboldt Bay Harbor District, the Bureau of Land Management, the US Fish and Wildlife Service, the California Department of Fish and Wildlife, Humboldt County, the State Coastal Conservancy, and the Wiyot Tribe. All of these parties are in the process of finalizing a Memorandum of Understanding for cooperative management of the Samoa Dunes and Wetlands.
Adding this property, which is located just south of the Manila Dunes Recreation Area, to the existing conservation lands on the north spit of Humboldt Bay will create a continuous connected area of more than 1600 acres of sweeping native dunes managed for habitat conservation and public access. Friends of the Dunes plans to lead small group tours of the Samoa Dunes and Wetlands when it is safe and appropriate to do so under existing public health guidance, so that the interested public can gain access and learn about this remarkable conservation land.
“Friends of the Dunes does not see ourselves as the long-term landowner of the Samoa Dunes and Wetlands, and we do not plan to do any development of trails, parking areas, or restoration activities during our tenure as interim land manager,” said Carol Vander Meer, the Board President of Friends of the Dunes. “We are cooperating with our county, state, federal, and Tribal partners to determine what ownership or management is in the best long-term interests of this land and our community.”
“All of the partners working on this project are committed to protecting the beauty and diversity of this remarkable piece of land,” said Vander Meer. “That’s really the core of this conservation project—working cooperatively with committed partners so that the beauty and diversity of our coast can be enjoyed for generations to come.”