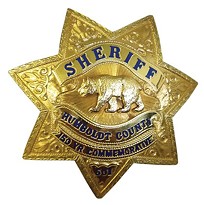 The Humboldt County Coroner’s Office has positively identified the human remains discovered near the south Fork of the Eel River in Garberville Oct. 9 as those of 21-year-old Kadie Lynn Jones, of Redding.

The Humboldt County Sheriff’s Office is investigating Jones’ death as a homicide after her body was found in a brush fire near the river bar. Investigators are now asking for the public’s assistance in finding information about Jones’ whereabouts in the days leading up to her death.

Jones is described as having stood approximately 5 feet tall and weighing 110 pounds, with brown/blond hair and blue eyes.

See the full press release from the Sheriff's Office copied below: