Crash at Henderson and H Street in Eureka 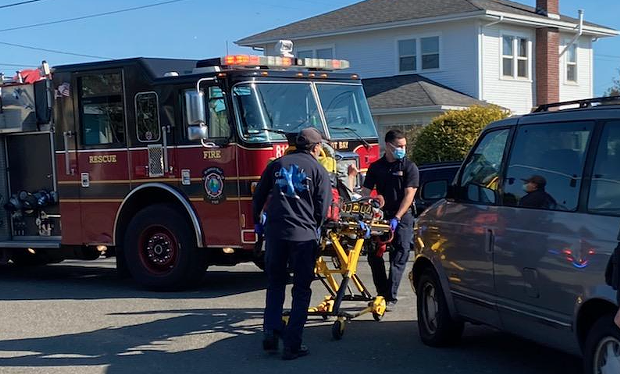 A multi-car collision happened about 11:10 a.m. at the intersection of Henderson and H Streets in Eureka.

One woman has facial injuries. An ambulance is responding to a Code 3 (with lights and siren).

H is closed at Henderson.

According to our reporter Mark McKenna who spoke to witnesses, “They said it appears initial collision was two vehicles in the intersection of H and Henderson. One of those vehicles hit a parked car on H Street and the parked car appears to have been spun into H street. The parked vehicle was then apparently struck by a 4th car but they are still talking to witnesses.