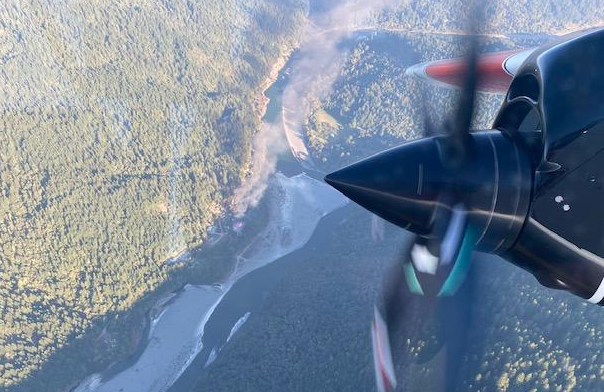 The vegetation fire was contained at 1 1/2 acres with two structures and one commercial vehicle destroyed.

"The CAL FIRE Humboldt - Del Norte Unit would like to remind the public the burn suspension is still in effect. While cooler temperatures have become more prevalent, heavier vegetative fuels remain critically dry and will continue to carry fire. Burn permits are required year-round by the North Coast Unified Air Quality Management District, and, depending on the time of year and pile size, may also be required by CAL FIRE," the release states.