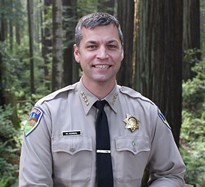 Thirty Humboldt County jail inmates sentenced to prison terms during the COVID-19 pandemic, some who had been waiting in limbo for months, have now been sent to state prisons, Sheriff William Honsal reported to the Board of Supervisors on Tuesday.

Honsal said the state prison system, which has been plagued by COVID-19 outbreaks and worked frantically to release some prisoners early to reduce prison overcrowding, has finally re-opened intake functions and is once again accepting transfers from county jails. He said Humboldt County had between 30 and 40 inmates who since March have been sentenced to prison terms but continued to be housed locally. This week, he said 30 were transferred to the custody of the California Department of Corrections and Rehabilitation, with the others expected to be transferred soon.

"That has been a huge relief on our correctional facility," Honsal said.

Honsal also took the opportunity Tuesday to remind the public that the Humboldt County Superior Court has resumed large swaths of operations, including jury trials, which had been halted for months in the face of COVID-19, creating a large backlog in the system.

"If you get a jury summons and are healthy and able to participate in that process, please do so," Honsal said.


Humboldt County Health Officer Teresa Frankovich then added that Public Health has worked closely with the courts to implement "robust guidance from the state on how to operate safely."

Honal's report came just a couple weeks after a California court of appeals ordered San Quentin State Prison — home to one of the largest COVID-19 outbreaks in the state prison system — to halve its inmate population through transfers or releases, finding conditions in the prison amid the pandemic amounted to cruel and unusual punishment and were "morally indefensible and constitutionally untenable."

According to the Los Angeles Times, more than 16,073 state inmates have tested positive for the virus since the pandemic began, with 766 active cases — down from a peak of more than 2,500 — and 80 deaths.