Driver Needed Extrication After Rollover Crash on Broadway in Eureka 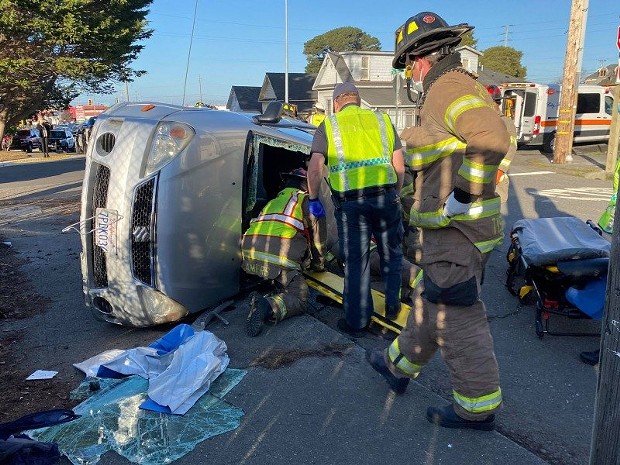 A two-vehicle collision on Fairfield at West Del Norte in Eureka, which occurred at approximately 3:15 p.m., left one driver trapped in a mini van. Smoke was coming from the driver’s vehicle when the first officer arrived.

An extrication was needed. The patient was taken to the hospital. 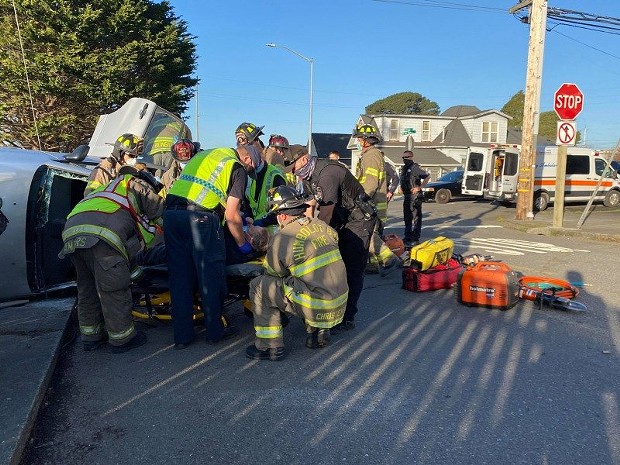 Wires are down at the scene but they are not live. The pole is cracked all the way through about 12 feet up, according to law enforcement.

The driver of the second vehicle, a Honda Civic, was not injured.