UPDATE:  The victim is being transported via a Coast Guard helicopter for medical treatment in unknown condition, according to the sheriff's office.

PREVIOUS:
The Humboldt County Sheriff's Office reports a 67-year-old woman swept off the North Jetty today as high surf hits the area has been rescued from the water, with CPR being performed at the scene. 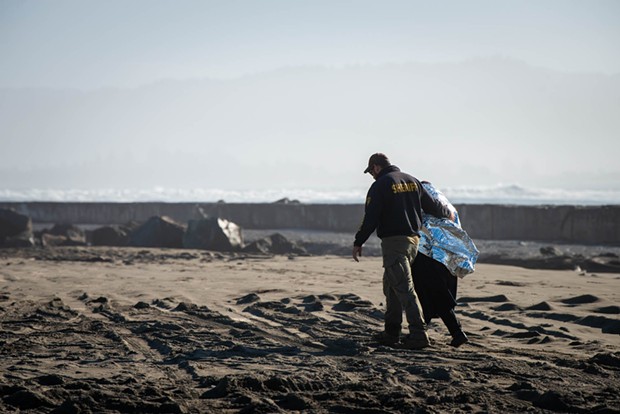 The sheriff's office and the Coast Guard responded to the incident, according to a HCSO tweet.

The National Weather Service Eureka has issued a high surf advisory along the North Coast as waves up to 28 feet are expected today through noon Tuesday.

#HappeningNow Search and Rescue underway at the North Jetty after a 67-year-old female victim was reportedly swept out into the ocean. HCSO and USCG responding.