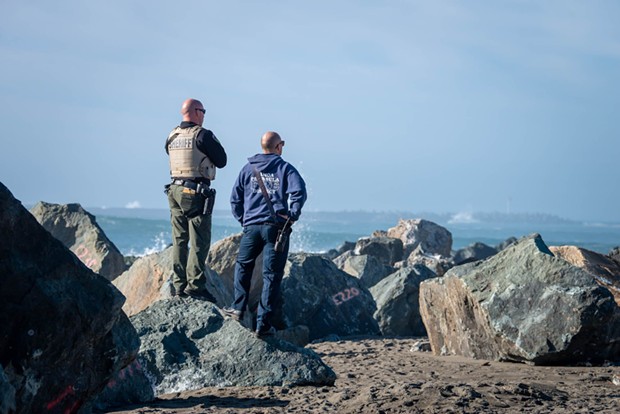 The 65-year-old woman pulled from the surf on Monday nearly an hour after being swept off the North Jetty by a large wave has died, according to the Humboldt County Sheriff’s Office.

A Salt Lake City resident, Mary Malouf was visiting Humboldt County when she went with her adult son to the end of the jetty wall to watch the waves, which were breaking at up to 28 feet. Both were hit but the son was able to hold onto rocks while Malouf was swept out to sea.


According to the Salt Lake Tribune, Malouf was the executive editor of Salt Lake Magazine and a former Salt Lake Tribune food critic who was known for “her quick wit, wild hair, excessive jewelry-wearing and love of cowboy boots.”

Salt Lake Magazine, where she’s worked since August of 2007, described Malouf as “our north star, undisputed culinary queen, and one of the brightest and funniest people we will ever know."

The magazine wrote that she is survived by her children Anna Malouf and Britt Brown and Kit Warchol and Sam Warchol, and her brother David Waddington and sister Helen Duran.

The United States Coast Guard, Samoa Peninsula Fire District and Humboldt Bay Fire assisted in the search for Malouf, with ground crews, rescue boats and a helicopter responding to the scene.

Malouf was located in the surf around 1 p.m. and flown by helicopter to the hospital where she was pronounced dead.

A high surf advisory remains in effect until 4 p.m. today. 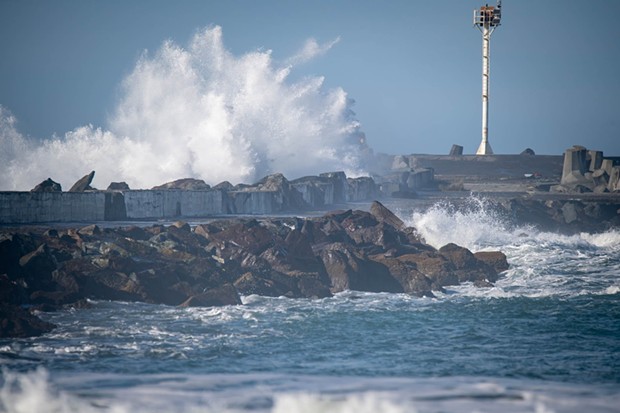 On Dec. 7, 2020, at about 12 p.m., Humboldt County Sheriff’s Special Services deputies were dispatched to the North Jetty of Humboldt Bay for the report of a female victim who had been swept into the ocean. Deputies arrived on scene and learned that the victim, identified as 65-year-old Mary Malouf of Salt Lake City, Utah, had been visiting the area and had come to the beach with her adult son to watch the waves. The two reportedly walked out to the end of the North Jetty wall and while there, a large wave suddenly swept over the wall. Both individuals were knocked off their feet by the surge. The male victim was able to hold onto the jetty rocks, however Malouf was swept out to sea. The United States Coast Guard, Samoa Peninsula Fire District and Humboldt Bay Fire assisted in the search for Malouf utilizing ground crews, rescue boats and a helicopter. At about 1 p.m., crews located and recovered Malouf from the water. Malouf was transported via helicopter to a local hospital where she was pronounced deceased. The Humboldt County Sheriff’s Office sends our deepest sympathies to the family of Ms. Malouf during this incredibly difficult time. A High Surf Advisory remains in effect through 4 p.m. today for Humboldt County. According to the National Weather Service, breaking waves of 22 to 28 feet will continue to create hazardous conditions for beachgoers and mariners. The public is urged to use extra caution near the surf zone and avoid rocks and jetties.


Editor's Note: Mary Malouf's age has been corrected based on updated information provided by the sheriff's office.