Coast Guard to Honor Those Lost in '64 Flood Crash 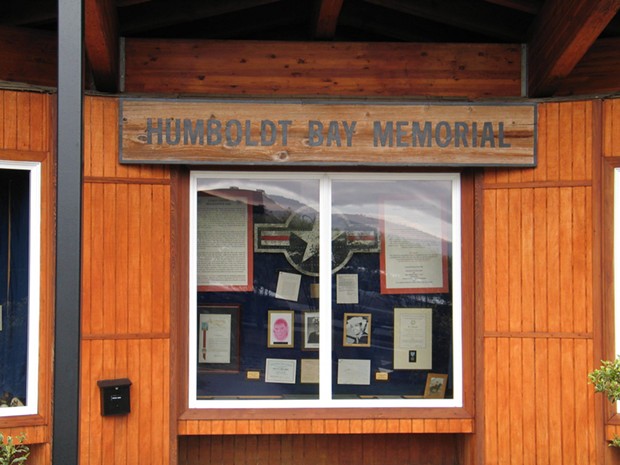 A virtual ceremony will take place early Tuesday to honor the two pilots, one crew member, a citizen volunteer and three flood evacuees who died in a helicopter crash on Dec. 22, 1964, in severe weather.

The ceremony can be viewed on the Sector Humboldt Bay’s Facebook page at 8:15 a.m.

Together with Hansen, the crew had rescued 10 people that day, plucking them from rooftops and flood zones after rivers swollen by a massive storm unleashed a torrent of water on the North Coast, sweeping away entire communities.

Those on the fateful flight were among the 24 people, including 19 in Humboldt County, who lost their lives in the disaster that forever altered many lives. But along with the loss and devastation, there were many acts of heroism and resolve as neighbors bonded with neighbors to weather the storm and many answered the call to help, often risking their lives to save people they had never met.

Find some of their stories in the Journal’s coverage of the flood’s 50th anniversary in 2014.

Read the Coast Guard release below:


MCKINLEYVILLE, Calif. — Coast Guardsmen are scheduled to pause Tuesday to honor the crew of CG 1363, a Coast Guard HH-52 helicopter crew and passengers lost in the crash of a rescue helicopter during the historic December 1964 storms that struck Northern California. Coast Guard Sector Humboldt Bay personnel are scheduled to hold a virtual ceremony on Sector Humboldt Bay’s Facebook Page at 8:15 a.m. to honor the sacrifice and heroism of two pilots, one crewmember and a citizen volunteer who lost their lives in an effort to save Humboldt County flood victims.

On Dec. 22, 1964, Coast Guard Air Station San Francisco HH-52 helicopter crewmembers Lt. Cmdr. Donald Prince, Petty Officer 2nd Class James A. Nininger and Royal Canadian Navy Sub-Lt. Allen Alltree, were dispatched to assist in rescue efforts near Humboldt Bay during a severe storm. At 2:48 p.m., the helicopter arrived in the Humboldt Bay area where a local resident, Bud Hansen, volunteered to board the helicopter to help spot flood survivors and orient the crew to local landmarks. Along with Hansen, the crew began evacuating people from roof tops and flooded areas throughout the day, ultimately saving 10 lives.

Later that evening as weather conditions worsened, Arcata Airport Flight Service Station received a radio call from the helicopter trying to land with three rescued people aboard in low visibility and high winds. Due to a loss of power at the airport, there were no instrument navigation aids or radar guidance to help guide the aircraft. Direction instruments indicated that the helicopter was northwest of the airport and the flight service controller continued to radio the pilot steering directions in hopes of guiding him to a safe landing.

A short time later, a citizen who lived 12 miles north of the airport reported seeing a helicopter about a mile off shore heading south. The flight service station attempted to relay the report to the pilot. Repeated calls to the helicopter were met with silence.

The following morning, a search team comprised of two Coast Guard aircraft and Humboldt County Sheriff’s deputies began searching for the missing aircraft and crew. Over the next few days, a ground party consisting of 200 people including Navy personnel, Georgia-Pacific employees and other California military reservists, searched the forests during dangerous weather conditions without success.

Three days after losing contact with the aircrew, a Navy helicopter from the USS Bennington located the wreckage of CG 1363 and directed ground parties to the crash site located on a slope at 1,130 of feet elevation nine miles north of the Arcata Airport near a landmark known today as Strawberry Rock.

Coast Guard members still maintain a memorial at the remote wreckage site, and on the grounds of Sector Humboldt Bay, to honor the brave Coast Guardsmen and civilians who displayed true heroism and bravery.