From the NCJ Archives: Cheers! It's Coquito Time 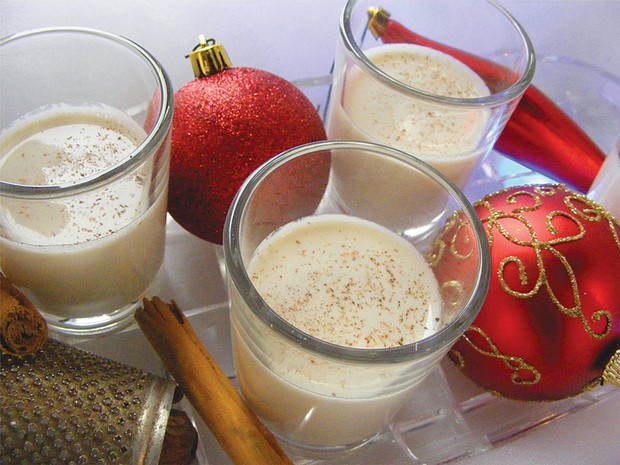 Editor's note: Looking for a new way to spread some holiday cheer? Here's a recipe from 2019 that stands the test of time, bringing a little coconut to the table. Enjoy.

It's the holiday season and you can make it a little merrier and a little brighter with this holiday cocktail: coquito.

Translated as "little coconut," coquito is the Puerto Rican cousin of eggnog. It's a deliciously creamy, rum and coconut concoction steeped with cinnamon, cloves, nutmeg and vanilla. Like its counterpart, coquito is decadent. It's loaded with several tasty ingredients like coconut milk and sweetened condensed milk. And, of course, it contains a good dose of rum.

The first time I had it was on a visit to San Juan nearly two decades ago. I left the subzero temperatures of the Midwest for blue skies, sandy beaches and turquoise water. I have nostalgic memories of it — the food, hiking El Yunque National Forest and kayaking in a bioluminescent bay.

A return trip to the island is long overdue. But until then, I'll make do with coquito.

As customary with all things scrumptious, there are a plethora of ways to make it. Recipes are tweaked from generation to generation and person to person for a signature twist. More traditional versions require cracking fresh coconuts and some use eggs. My recipe is more convenient and simpler, requiring canned coconut milk and nixing the eggs (I prefer not to drink raw eggs or deal with a double boiler). I add almond extract for another bold dimension. It's my version and has gotten the thumbs up from Puerto Rican and Boricua friends.

When it comes to the rum, Don Q's white rum works nicely for me but you can use your favorite brand (light or dark), or experiment with the coconut-flavored or spiced versions.

For a more authentic Puerto Rican presentation, refrigerate the coquito in clean, recycled spirit bottles (old wine and liquor bottles are common) and give them as gifts to your host/hostess during the holidays.

If you can't be on the island for the holidays, taste it. For optimum flavor, make this at least a day ahead so it has plenty of time to chill and for the flavors to meld.

Many recipes call for Coco Lopez's cream of coconut but I found it to be extremely rich and sweet. Also, be sure to use the right type of cinnamon for this recipe. I use canela, also known as cinnamomum verum or Ceylon cinnamon. Its flavor is more nuanced, delicate and floral. Find it in the Latino aisle of the supermarket or Latino markets. Makes about 40 ounces (a little more than 1 liter).

Bring the water, cinnamon sticks and cloves to a boil in a small saucepan. Allow it to reduce to about ½ cup of liquid so that the flavors become concentrated. Turn off the heat and cool the mixture to room temperature for at least 15 minutes. (Note: to skip the stovetop step entirely, substitute ½ to 1 teaspoon ground cinnamon and ¼ to ½ teaspoon ground cloves and add both to ½ cup of water.)

In a pitcher, add the evaporated milk, condensed milk, coconut milk, rum, vanilla, almond extract and nutmeg. Stir well. Remove and discard the cloves from the cooled cinnamon water, then add the liquid to the rum/milk mixture and stir.

Pour the coquito into glass containers and refrigerate it overnight with the steeped cinnamon sticks. Shake well and serve cold in 4-ounce glasses. Sprinkle with nutmeg (fresh or ground) or cinnamon before serving.