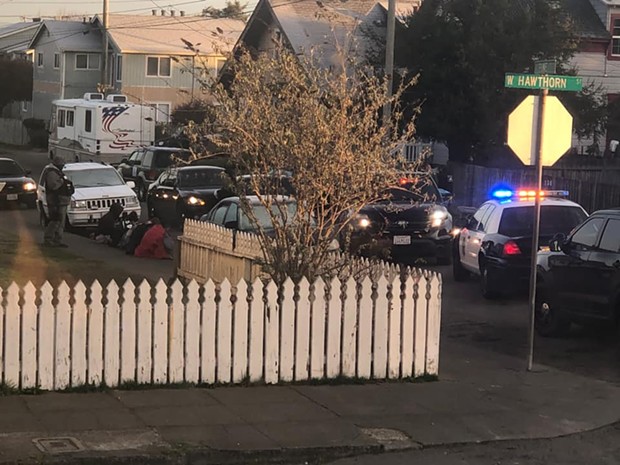 This morning Eureka’s Problem Oriented Policing (POP) team showed up again at the residence of 204 West Hawthorne Street which has a history of law enforcement raids for drugs and in response to neighbor’s complaints.

This morning, a large contingent of officers arrived and detained a number of people who were in the home.

“POP was serving a search warrant in response to possible possession of firearms and ongoing criminal activity,” explained Brittany Powell, spokesperson for the Eureka Police Department. “Fourteen people were detained during the search.”

She said that no arrests were made and explained she will provide more information later.