SF Chronicle: California Native American Tribe Has Been Burning Forests for 10,000 Years. What Can We Learn From Them? 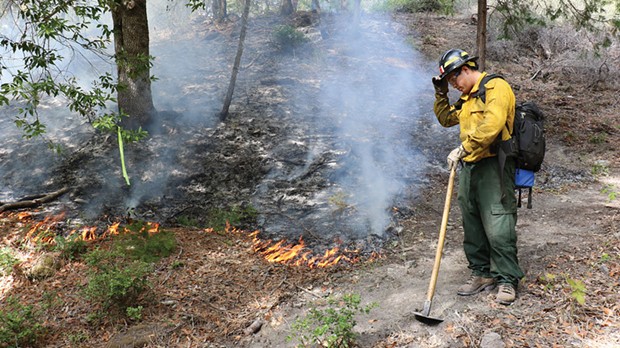 The San Francisco Chronicle is reporting a story about the Karuk Tribe's ancestral tradition of using prescribed burning techniques to fight off wildfires.

The article follows Leeon Hillman, a member of the Karuk Tribe who "believes preventive burning would have thinned undergrowth and slowed the spread of fire enough for firefighters to be able to protect people’s property."

Read the full story here and the Journal's coverage of prescribed burning here.