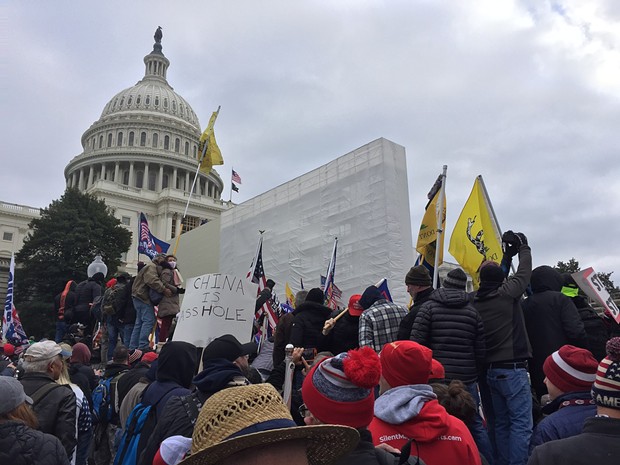 A group of 11 Northern Humboldt school superintendents has penned an open letter to the community in the wake of the riot Wednesday in the U.S. Capitol building, saying they "condemn the attacks ... and any further efforts to use violence to impede our democracy."

The letter notes the hours-long violent occupation of the Capitol building was a frightening moment for children, as well as adults, and states the educators are committed to supporting community members and children through this moment in history.

"This includes: giving space for the big emotions that accompany violence, encouraging honest dialogue about the events that led to this moment, and supporting those who lead with integrity in times of crisis," they wrote. "These actions will enable us to continue to deepen the support for our students, staff and families through what has truly been a difficult year."

As Congress prepared Wednesday to certify the results of the Electoral College vote from the Nov. 3 election, a group of President Donald Trump's supporters convened at the U.S. Capitol building at his urging to protest Joe Biden's election victory. A portion of the demonstration turned into a violent riot, with hundreds of Trump's supporters overpowering police and laying siege to the building. Five people, including a capitol police officer, died in the riot, including a woman shot by police and another crushed by the throng of rioters. Amid the riot, Trump reportedly called Senators being evacuated from the Senate floor in an effort to persuade them to object to certification of the election results before posting a short video to social media in which he urged the rioters to go home, while also praising them and decrying his political opponents as "evil." In the wake of the riot, Twitter and other social media companies have suspended Trump's accounts, saying his rhetoric was spreading lies about the election results and potentially inciting violence.

"It is alarming to compare this storming of the Capitol with the June 1, 2020 violent removal of peaceful protesters from Lafayette Square, just a few blocks away," they wrote. "We cannot and will not pretend the law has been applied consistently; to do so would be a disservice to our students and families from their many backgrounds, experiences and educations. We commit to deepening our work toward racial equity in our schools."

To that end, the superintendents pledged to speak directly to their students.

"As educators, we pledge to work together to tell accurate, complete histories of our nation — including its darkest days — to inspire the next generation of leadership," they wrote. "We pledge to teach critical analysis and rigorous, non-violent debate so we can better understand one another and out nation. And we pledge to care for the emotional needs of our students, families and staff to the best of our ability in this harrowing moment."