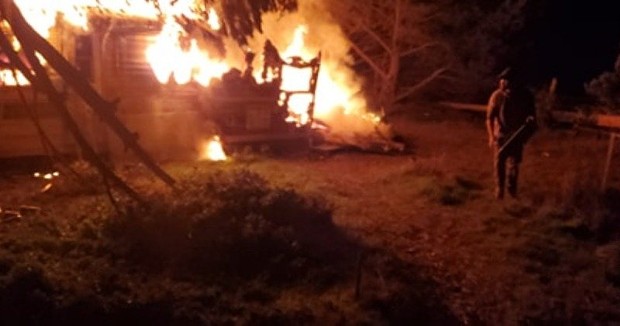 At this time, he said, “We don’t suspect foul play,” even though there were items pushed against the back door. Campbell said there was a lot of junk in the backyard and the items may have been put there a long time ago.

“There was free access through the front door,” he explained.

The fire started at the front of the building, Campbell said. The Coroner’s Office and the Sheriff’s Office are still investigating the situation, he said, but added “there was no sign of accelerant” and nor indication the fire was deliberately set.

The identity of the victim has not been confirmed at this time, though he is believed to have resided in the travel trailer, Campbell said.