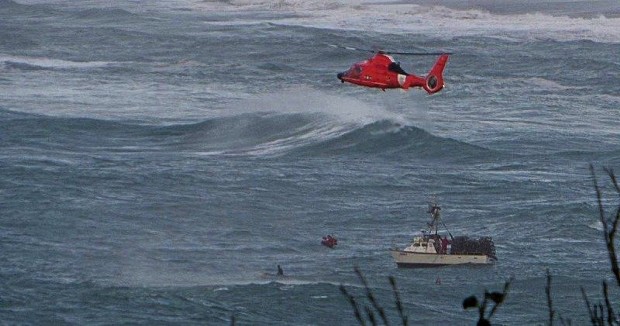 A spokesperson for the U.S. Coast Guard confirmed this evening. that members of the agency “rescued three fisherman” this afternoon near Patricks Point State Park north of Trinidad but said he wasn’t able to provide more information until he had gathered more facts.

Southern Humboldt businessman Garth Epling, who took the above photo, said he and his family saw the incident around 3:30 p.m. but believes it began before 2:50 p.m. as they heard the helicopter when they arrived at the park.

Epling said he saw the Coast Guard attempting a rescue though he was unclear on the details. In the photos he provided, there is a crab boat as well as a possible rescue swimmer and a very small craft of some sort.

We’ll update with more information when it comes in. 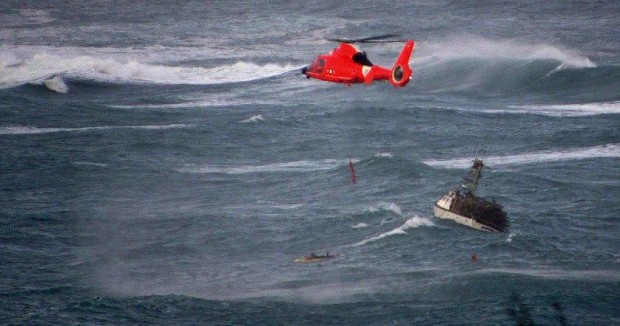