Lanphere Dunes and Ma-le’l Dunes were designated as National Natural Landmarks this week by the U.S. Department of the Interior along with sites in West Virginia and Colorado.

The more than 900 acres adjoining Manila and Arcata are biological hotspots, boasting a range of rare plant species amid the dune forests, coastal dunes and diverse wetlands habitats that are also home to an array of wildlife, including osprey, porcupines and foxes.

The coastal properties, managed by U.S. Fish and Wildlife Service and the Bureau of Land Management, are now among 602 such landmarks sprinkled across the United States.

The National Park Service's National Natural Landmark’s program emphasizes the importance of conserving unique landscapes that contain “outstanding biological and geological resources,” with areas selected for admission based on “their condition, illustrative character, rarity, diversity, and value to science and education,” according to the interior department.

“These new designations provide an awesome opportunity for everyone to celebrate the great diversity of the nation’s natural heritage,” the department’s announcement states. 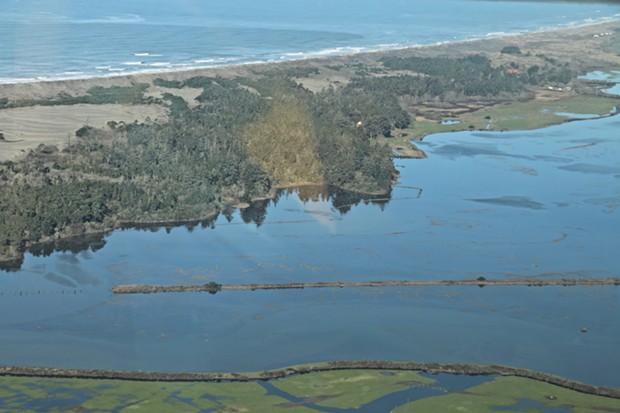 Lanphere Dunes was the first dune habitat restoration project on the West Coast, according to USFWS Humboldt Bay Wildlife Refuge website, with efforts to undo damage done to the native habitat dating back to the 1980s, including removing the European beachgrass, yellow bush lupine and ice plant unleashed in an attempt to tame the shifting sands.

Neighboring Ma-le’l Dunes would be brought into the conservation fold around two decades later.

With the recent acquisition of the newly minted Samoa Dunes and Wetlands Conservation Area — formally known as the Dog Ranch — down the street, an impressive network of protected coastal dune habitat now stretches down the Humboldt shoreline.

"When you look at the big picture, with 1,600 contiguous acres of land managed for habitat conservation and appropriate public access — from Lanphere and Ma-le'l Dunes in the north to the new Samoa Dunes and Wetlands Conservation Area in the south — we have the most intact native coastal dune habitat on the U.S. West Coast. And it's just a few minutes from both Eureka and Arcata," Friends of the Dunes Executive Director Mike Cipra said in a recent Journal article about the Samoa Dunes property.