Storm on the Horizon as Hundreds Remain Without Power, Snowy Roads Prompt Rescues 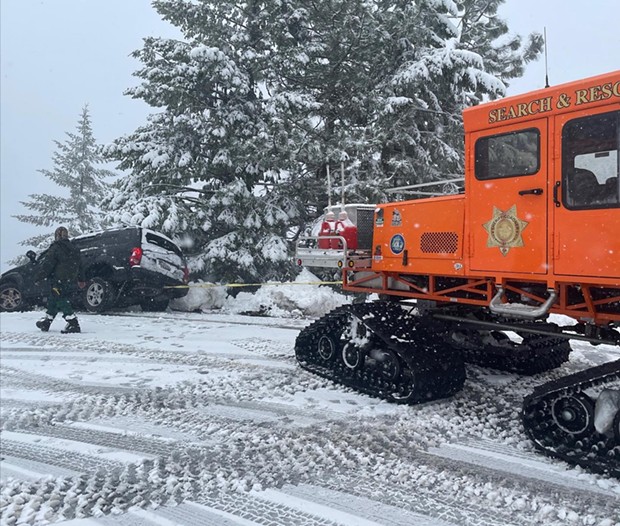 Enjoy the break in the rain, however short-lived, as another round of weather heads to Humboldt.

The Eureka office of the National Weather Service forecast has a weak storm system moving into the region late tonight and into tomorrow, bringing a quarter to half-inch of rain.

But following behind is a stronger system slated to hit Sunday, dropping some 3 to 6 inches of rain across a wide swath of the region into next week, potentially causing flooding. Snowfall, if any, is only expected at high elevations.

Meanwhile, nearly 600 Humboldt residents remained without power this morning after the winter storm that hit earlier this week, dumping significant snow in some areas and downing trees. (See pictures and read more here and here.)

Snow is still on the ground at higher elevations, including Horse Mountain, which was the site of three separate rescues yesterday when deputies out training came upon three separate vehicles in trouble, including a family with a young child that was stuck in the snow and a car perched partially over a steep embankment after spinning out on a sharp curve, according to a Facebook post.

All were safely rescued, according to the HCSO.

There’s nothing better than being in the right place at the right time. Yesterday, while our Special Services Division...