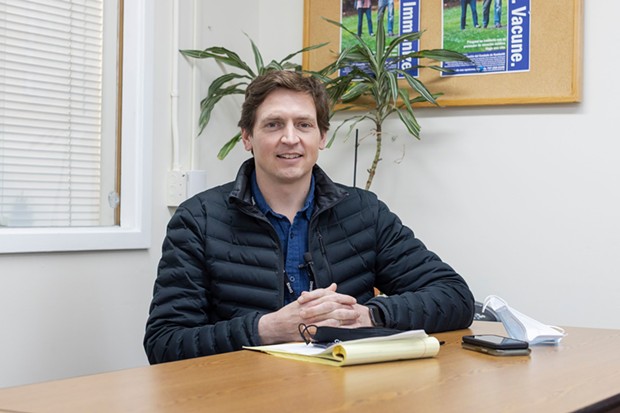 It’s been seven months since Public Health began reporting demographic data on the county’s COVID-19 cases, which showed a disproportionate rate in the Latinx community, much like the rest of the nation.

On Tuesday, Humboldt County Health Officer Ian Hoffman told the Humboldt County Board of Supervisors that about 13 percent of the county was vaccinated, with a few gaps. Specifically in the Latinx population, the rate was only at 6 percent.

Hoffman clarified in his media availability yesterday that when the county first rolled out vaccination efforts, Tier 1 Phase A was primarily focused on healthcare workers who often don’t reflect the demographics of an entire community but now that Public Health is in Phase B, which includes more people outside of healthcare and those over the age of 75, the hope is those disproportions will be reduced.

Much like the national trend, Humboldt’s Latinx population is still disproportionately affected by the virus, making up 27 percent of cases while only accounting for 12 percent of the population.

According to Hoffman, Public Health is currently making an effort to reach out to the community through social media posts in Spanish as well as monthly meetings with community groups and employers, adding that Public Health is currently working on a plan to make outreach efforts in the local food and agriculture industry, where many Spanish-speaking Latinx people work.

“We are in the planning stages for food and agriculture, which is a place where we will be able to do a lot more outreach to the Spanish-speaking population, that’s definitely coming and we will use all of the tools and resources we have to get the message out there and personally, I can speak to those groups, we can do videos in Spanish and we will continue to do those,” he said.

Watch his full media availability below.