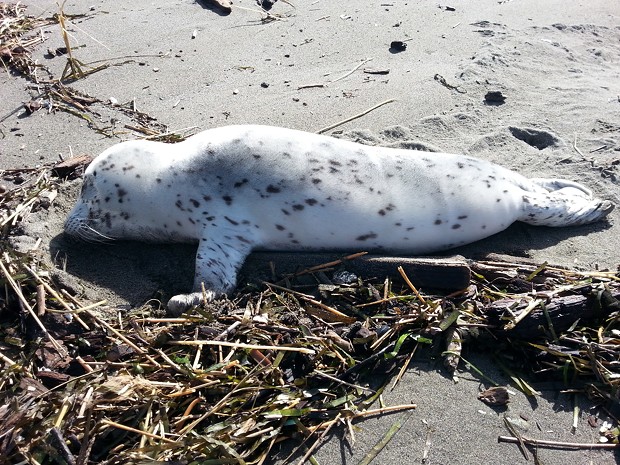 The Northcoast Marine Mammal Center, which rescues animals along the coastlines of Humboldt and Del Norte counties, is reminding folks that it's seal pupping season.

That means encounters with a young one alone on the beach are possible — most likely because the mother is out foraging for food in the water — and it’s important to keep a distance and keep dogs away so she will return to her pup. And absolutely no touching.

If worried, the center has a stranding line that can be reached at (707) 951-4722 or click the “call now” feature on the nonprofit's Facebook page, which can be found here.

The center had its first rescue of the year this week — a harbor seal pup dubbed “Kai” that was found on Centerville Beach in McKinleyville and taken in being under observation by the center.

“He was put on watch for a couple of days on Centerville Beach in Humboldt County before determining that his mother was not returning,” a Facebook post states. “We brought him to the hospital here in Crescent City (on Monday) where he had a check-up with the veterinarian. He is just a couple days old and is doing well so far, with his only problem being a terrible case of the hiccups when he arrived.”

The center notes that donations play an important role in its efforts to rescue marine mammals in need. More information on how to help is also available on the center’s Facebook page.

Meet Kai! The first Harbor Seal pup of our busy season. He was put on watch for a couple of days on Centerville Beach...