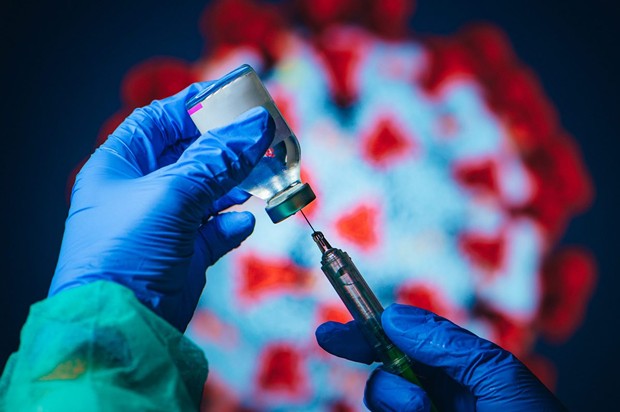 State health officials announced Friday that all counties will start playing by the same rulebook today, when Blue Shield will take over distribution of vaccines in California.

A patchwork of COVID-19 vaccine eligibility policies that differ from county to county has deeply frustrated Californians. So state officials hired Blue Shield, one of the state’s largest health insurers, to streamline and manage the logistics of allocating vaccines to local health departments and other vaccine providers.

Last week, Blue Shield spelled out some of the details of how the new oversight will work. Ten counties — eight in the Central Valley plus Imperial and Riverside — will go first. This means that Blue Shield will make recommendations to state health officials on how many doses should go to each of those counties, and which providers should get them.

Blue Shield CEO Paul Markovich said that its recommendations for how much to distribute doses to each county will be based on priority groups in the state’s vaccination tiers as well as the state’s goals to provide equity for disadvantaged communities.

All 58 counties are expected to go through the transition by the end of March. The most populated counties, including Los Angeles, San Diego, Orange and San Bernardino, will be in the second wave. Humboldt County is in the third wave.

Earlier this month, Gov. Gavin Newsom announced that the state would revamp its vaccine distribution system, acknowledging that the fragmented, county-by-county approach was slow in getting vaccines to the public. Blue Shield is tasked with simplifying and speeding the process up.

The state’s goal is to scale up to 4 million immunizations per week, up from the current 1.4 million per week.

“It’s a high stakes issue, and if something goes wrong, the blowback to the Newsom administration would be severe,” said Democratic political consultant Steve Maviglio, who served as press secretary to former Gov. Gray Davis. “The governor has staked his fortunes on making this vaccination system work. He’s trying to find the best way to make this a success.”

Markovich said making the switch takes time. To frustrated counties that may fear losing control of vaccine distribution, he said, “Give us a chance to make this work.”

What will the new system mean to Californians waiting for a vaccination and sorting through confusing options? Through this new system, state officials have promised consistency, where eligibility looks the same in all counties and distribution moves at a similar pace throughout the state.

As counties move to the Blue Shield system, myturn.ca.gov and 1-833-422-4255 will become the main routes for scheduling appointments. Currently, signing up for appointments looks different in each county, with different websites and phone numbers, often confusing and frustrating residents.

State public health officials have set general eligibility guidelines but allowed counties and health providers some leeway in interpreting them. While all started by vaccinating the highest-priority health care workers and nursing home residents, they soon diverged.

Some counties vaccinated people 75 and older. Others set the threshold at 65 years. Some rural counties quickly vaccinated their priority groups and started vaccinating teachers and other essential workers, while some large, urban counties kept the focus on higher-risk seniors. The city of Long Beach, which has its own health department, moved ahead of most counties and already has vaccinated teachers.

As a result, a teacher working in one city might be immunized, while a teacher in the neighboring city or county might not -— even if they are teaching in person rather than online.

About 8.2 million doses have been administered since COVID-19 vaccinations began in December. About 15 percent of all Californians have received at least one dose.

At a press conference in Fresno today, Newsom said California would receive 1.58 million doses next week. That allocation is expected to grow when the single dose Johnson & Johnson vaccine comes on line.

So far, Blue Shield has contracted with at least 30 providers who will be getting shots into arms. These include pharmacies, health systems and clinics, including Kaiser Permanente, OptumServe and Adventist Health.

Yolanda Richardson, the state’s secretary of Government Operations, said California is on track to soon administer about 3 million vaccines per week, although the biggest obstacle continues to be sufficient supply.

California’s deal with Blue Shield raised some eyebrows, but the state cited the company’s experience in operations and logistics.

“Clearly Blue Shield (is) not starting from ground zero. They have the networks and the doctors,” Maviglio said.