About 50 people turned out yesterday to a protest in front of the Humboldt County Courthouse calling on the Eureka Police Department to fire the officers who reportedly sent misogynistic and violent text messages that were leaked to the Sacramento Bee.

EPD Chief Steve Watson has placed two of the six officers involved in the group text messages obtained by the Bee on paid administrative leave and brought in an investigator from outside the area to conduct an internal affairs investigation into the messages. The Bee's report identified Sgt. Rodrigo Reyna-Sanchez and officer Mark Meftah as the officers who sent messages that included seemingly joking references to "face-shooting" a suspect and beating up protesters, as well as others objectifying women and making fun of homeless residents.

Watson, the Eureka Police Officers Association and Mayor Susan Seaman have all issued statements critical of the messages. 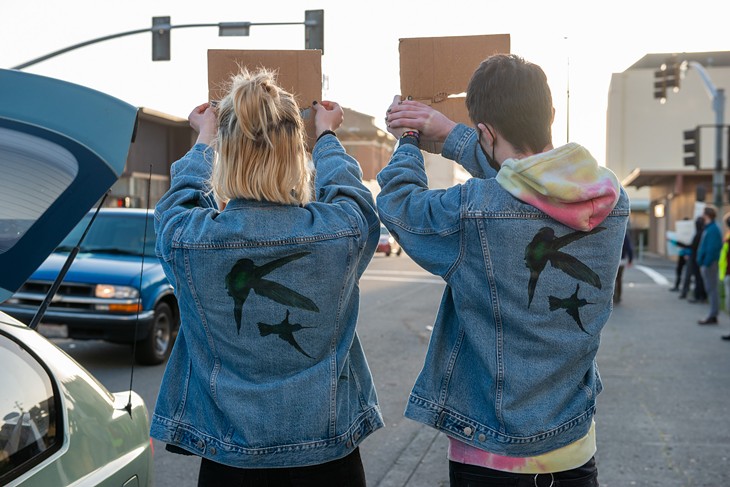 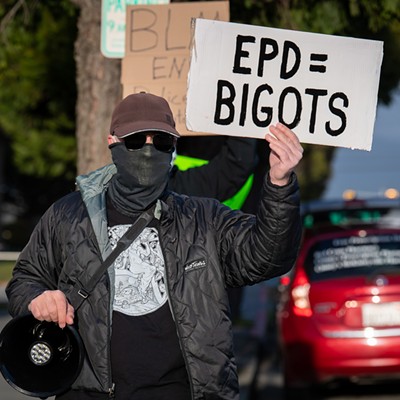