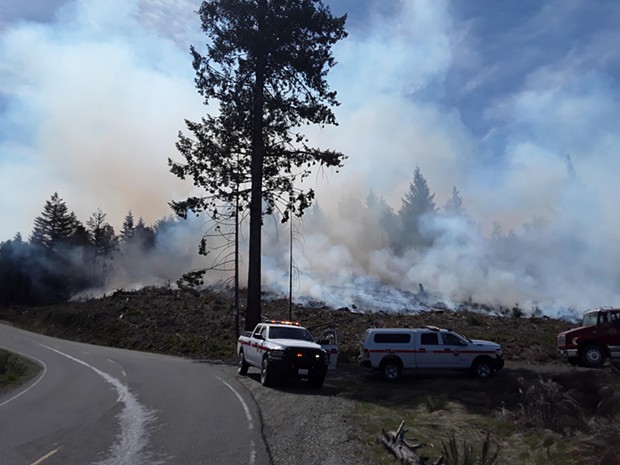 Two fires burning in the Bald Hills area have been contained, according to CalFire, with “significant work ahead to extinguish burning of large amounts of forest fuel material.”

One of the Lyons Fires is about 4 acres and the other is approximately 1 acre.

Two small vegetation fires are burning in the Bald Hills area, with forward progress stopped on one while the other is “spreading at a moderate rate,” according to CalFire.

The fire that is still spreading is approximately 2 acres.

Resources on scene include five fire engines, two crews, a bull dozer, four water tender and a helicopter, according to the news release. The cause of the fires remains under investigation.
Lyons Fires