While the forecast calls for patchy fog in many areas of Humboldt County, it might be worth an early morning wake up call Wednesday to try to catch a glimpse of the “Super Flower Blood Moon” during a full lunar eclipse.

The ominous part comes from the reddish color the moon usually turns during the celestial event “because of sunlight filtered through Earth's atmosphere — a ring of light created by all the sunrises and sunsets happening around our planet at that time ,” according to NASA, while flower refers to the springtime arrival and the super is because it happens to be occurring when the moon is closest to the Earth, making it appear larger.

“Just how red it will look is hard to predict, but dust in the atmosphere can have an effect. (And keep in mind there have been a couple of prominent volcanic eruptions recently),” a NASA post states. 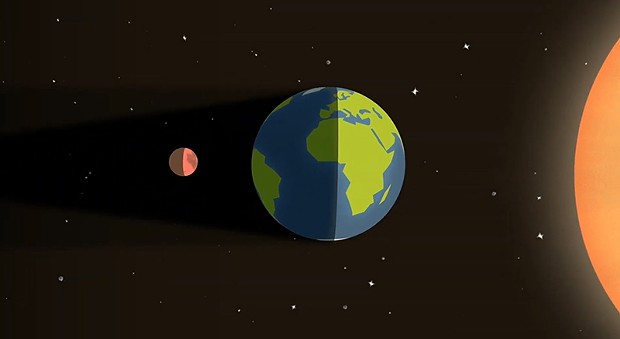 While the West Coast won’t have the best seats in the house, the view is expected to be one of the better ones on the globe. So, fingers crossed for some clear skies.


And, if all else fails, while the lunar eclipse is limited, the super moon part will still be a sight for about three days, according to NASA, appearing full in the sky tonight through Thursday.