Three Ways to the Freeway

As Andrew Allanson belted the first home run of the game out over the left field wall and onto the freeway, fans jumped to their feet and cheered all around Arcata Ballpark. What they might not have expected was to be jumping to their feet twice more in that second inning as Tyler Ganus and then Ethan Smith each blasted their own home-run shots into southbound traffic to give the Crabs a 5-0 lead over the visiting Seattle Studs during the first game of their series on June 17. The Crabs continued to pile on the runs that night, winning 10-5 behind starting pitcher Kaden Riccomini.

For Allanson, his opposite field home run that led the Crabs to their first win of the series was part of getting more comfortable in the batter’s box and waiting to see more pitches even as he jumped all over the first pitch that the Studs’ Owen Shellhammer threw his way.


“I was getting off to a slow start in the beginning,” Allanson said. “And I was really not being too patient. I went in there and I was like, ‘I’m going to get my pitch’ that [at-bat] and I got it, didn’t miss it.”


The offensive outpouring from the Crabs’ bats on Thursday was the first time this season that the team put up 10 or more runs but would not be the last of the series. The lowest point of the series against the Seattle Studs came on Friday night, when the Crabs lost just their second game of the season by a score of 3-4 after the Studs broke the stalemate and the Crabs’ win streak in the top of the seventh inning. Then on Saturday came the most offensively powerful game of the young season for the Crabs putting up 16 runs on the night to take a final score of 16-4 with contributions coming in from up and down the lineup. Starting second baseman for the night Dylan McPhillips led the way for the team knocking in five RBI’s, while Allanson and Konner Kinkade each batted in three, with Aidan Morris and Drake Digiorno each plating two.


Even with the offense firing on all cylinders this weekend, perhaps one of the most enjoyable things for Crabs fans over the four-game series was seeing the arrival of Tyler Ganus out of University of Oregon, a player who's become a lightning rod of energy on the field since his arrival in Arcata. Ganus has been handy with the bat since his first game for the Crabs on Thursday with a .333 average after Sunday’s game and has backed it up in impressive style with his defensive work in the outfield, leaping into the air to drag in fly balls on several occasions.


“I gotta say, it’s the most fun I’ve had in a really long time,” Ganus said after Saturday’s game. “The fans are incredible, this field is great, the boys are awesome and I’ve already built some great relationships only being here a couple of days. The coaching staff is fantastic, just really grateful to be here.”


Ganus is, without a doubt, one of the biggest energy players in the Crabs clubhouse and showed it time and time again over the series against the Studs, jumping into the air in celebration with the crowd and hyping up his teammates in the dugout.


“I think this game is meant to be played with your hair on fire and really having fun with your guys,” Ganus said. “Huge credit to our pitching staff and our defense tonight and I think offense swung it really well too.” 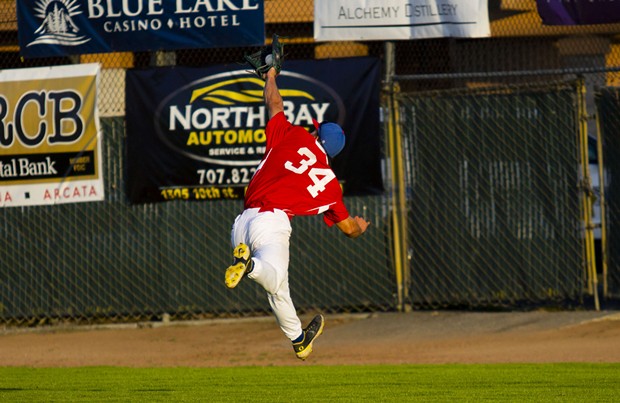 The Crabs would go on to win a much more tightly contested game against the Studs on Sunday, taking victory by a narrow 3-2 margin. Starting pitcher Cole Tremain worked five innings on the day, allowing just two hits and one run while striking out two. Third baseman David Morgan went three-for-four on the day, knocking in two of the team’s RBI’s. Another key player in the Crabs Sunday win and the series was another recent addition Josh Lauck, who alternated between the infield and outfield against the Studs.


“We knew they were going to come out and fight,” Lauck said after Sunday’s game. “And we knew they’ve historically been a good team so we kind of dialed it in, made sure we were going to see a lot more velo. We saw a lot of slow pitching before that so we kind of dialed in and shortened up our swings and knew it was going to be a dogfight during these days. We just kind of came with a great mindset and we got it done.”


Lauck also pointed out the chemistry that the team has steadily been developing through the start of the season as a strength for the Crabs and sees it as one of the factors that gave the team an advantage in the series.


“My favorite thing about this team is if one guy is not having a good day, that next guy is going to pick him up,” Lauck said. “That’s what we do really well. Someone could be having a bad day and the person behind him picks him up with a double or something like that. So I think we did that really well this weekend and capitalized with runners in scoring position, and I think that’s what got us the series win.” 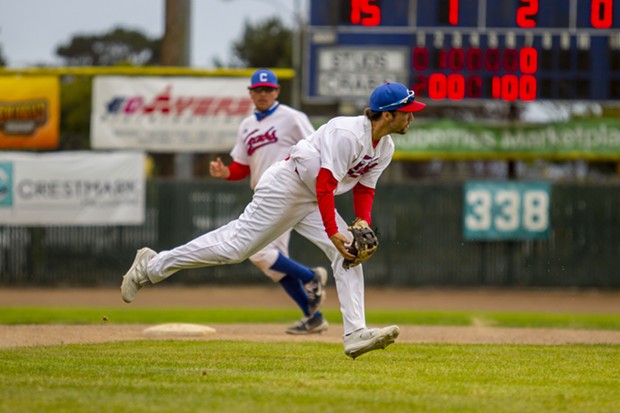 Crabs Manager Robin Guiver saw the series as a positive but also pointed out some areas that the team could improve, such as running the bases, where the Crabs were caught stealing five times over the weekend.


“It was a good weekend,” Guiver said after Sunday’s game. “Two one-run games and a couple games that we scored more runs and kind of broke away from them. Today was super competitive. We were a little sloppy on the base paths and it made it real interesting kind of at the end, but we were able to make those three runs stick. And we pitched really well. We’ve continued to pitch really well all summer so far, which gives you a good chance to win.” 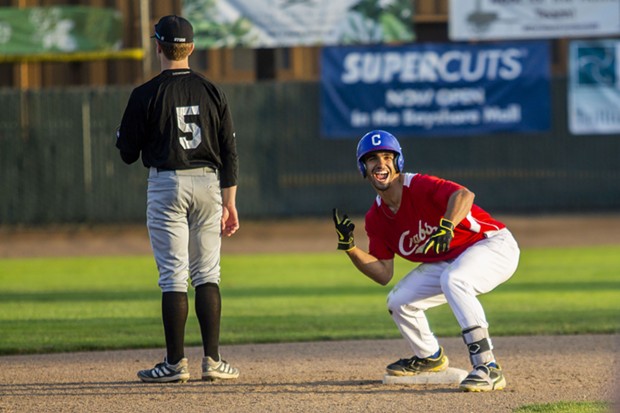