The Humboldt Crabs have kept their early momentum rolling into the week, starting things off with a two-game set against the Redding Tigers. The Tigers proved to be capable opponents for the hometown crustaceans and proved it through the opening stages of Tuesday night’s game when their starting pitcher Will Tasista went five innings giving up four hits and striking out five Crabs batters. Eureka local Caleb Ruiz started for the Crabs and put up a similarly impressive night striking out six himself and allowing three hits. 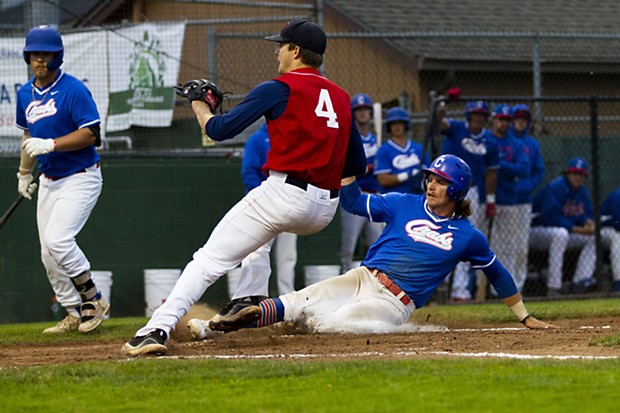 Notably, this was one of the few times this season that the Crabs have trailed for an extended period in a game up to that point, falling behind in the third inning and unable to scratch a run across until the sixth inning. But when the Crabs did manage it, they did so in style. Gabe Giosso would be the hero of the day for the Crabs, blasting an opposite field home run out of Arcata Ballpark while teammates Andrew Allanson and Tyler Ganus were on the bases to give the home team a shot into the lead that they wouldn’t give up for the rest of the evening. Giosso added to his impressive night at the plate, which saw him go three-for-four with yet another home run in the eight inning to extend the lead much to the delight of the Crabs dugout and fans to take 6-3 victory. Wednesday’s game played out similarly for the Crabs as Will Springer took to the mound for his first start of the season and managed to hold the visiting Tigers scoreless for the first three innings. The bats were slow to start for the home team early on in the game but woke up in the fifth and sixth innings where the Crabs drove in three runs apiece to power their way to a 7-2 win.


A big part of the win for the Crabs was Konner Kinkade, who currently leads the team in hitting with a .375 average and posted two RBI’s on the night.


“Baseball is a funny game,” Kinkade said following the win on Wednesday night. “You gotta ride the ups and the downs. And try to keep the ups as long as possible and when you're down just try to get out of them as quick as possible. So it’s nice that collectively, I think, as a whole we’re all hitting the ball well right now and we’ve just gotta keep that up.”


Springer, who struggled at times in his regular season at Fresno State, has been happy with how his season with the Crabs has been progressing and how it has allowed him to change his game in a more relaxed environment.


“I feel like I’ve made some improvements with my mechanics,” Springer said after Wednesday’s game. “And it’s not in the middle of the season where I have to make a big drastic change. So it’s kind of nice to have a loose summer ball season so I can work on that type of stuff.”


As seems to be tradition in baseball, something strange always seems to happen even in what appear to be straightforward situations. One of those moments cropped up in the second game when Crabs outfielder Josh Lauck was called out on a play that saw him employ some creative base running techniques in an attempt to avoid being tagged out on a fielder's choice, dodging around the third baseman’s glove only to be called out for leaving the base path. Lauck attempted to argue his case to the umpire but headed back to the dugout in one of the more unique outs of the season for the Crabs thus far. 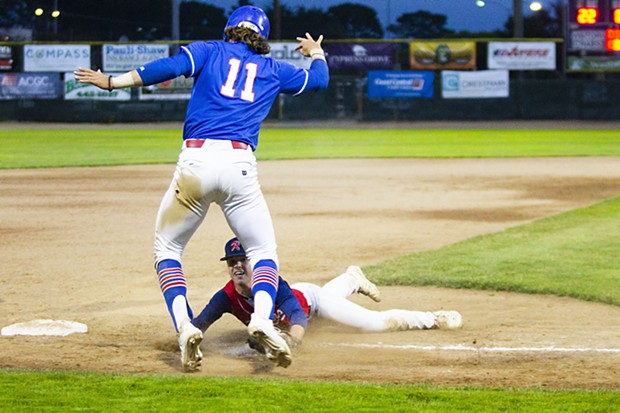 The Arcata Ballpark faithful are always ready to cheer for local players and were able to get an extra dose of that over the Crabs series against the Tigers, as playing third base for the Redding Tigers was Keenan Morris, younger brother of the Crabs' own Aidan Morris. The two brothers briefly came across each other on the field as Aidan Morris made his way to third base on a wild pitch in the fifth inning. 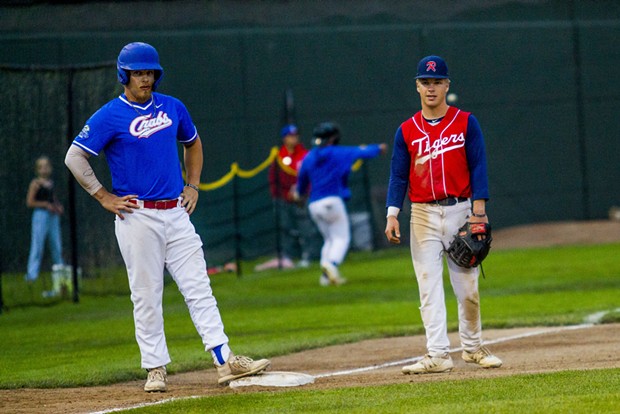 The local fans also cheered more than one might imagine of another of the opposing players, Gio Mijares, who played first base in the first game before being the designated hitter for the Tigers in the second game of the series and also went to high school and played baseball with the Crabs’ Giosso at DeLasalle High School in Concord. Throughout the series Mijares talked back with a friendly enthusiasm to the famous Crabs hecklers and fans, even making the familiar crab claw gesture after his last at bat of the series, much to the delight of the crowd. Afterward, Mijares even signed several baseballs for younger fans at the ballpark and gave away one of his bats to another young fan in a true class act. 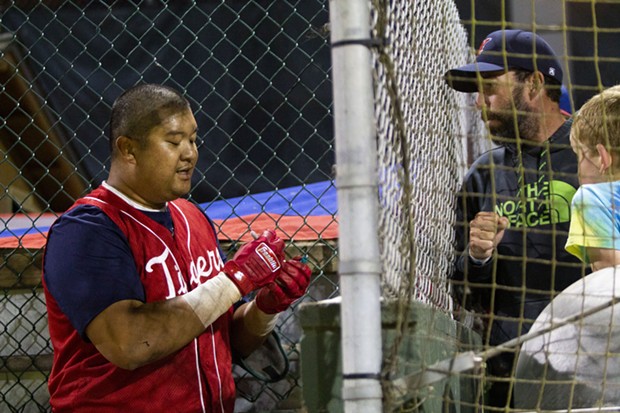 The Crabs hit the road for their first and only road trip of the 2021 season for the weekend series in San Luis Obispo to face the Blues in their home ballpark, going 1-2 on the trip and dropping two games in a row for the first time this season to a very competitive Blues team who has also been hot this summer. Even with the losses, the Crabs sit at 13-4 on the season so far with the NorCal Warriors coming to town for the midweek series and the Solano Mudcats at the ballpark for the Fourth of July weekend series. 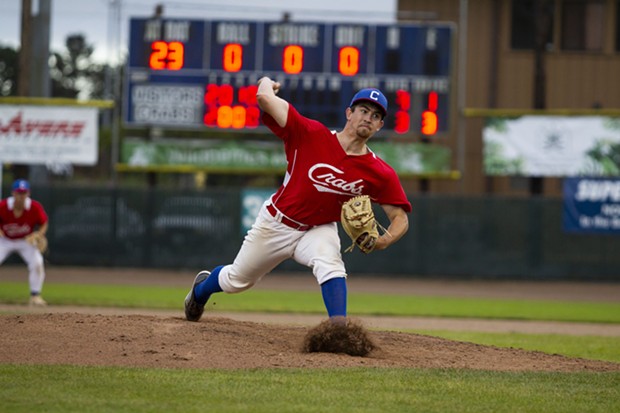 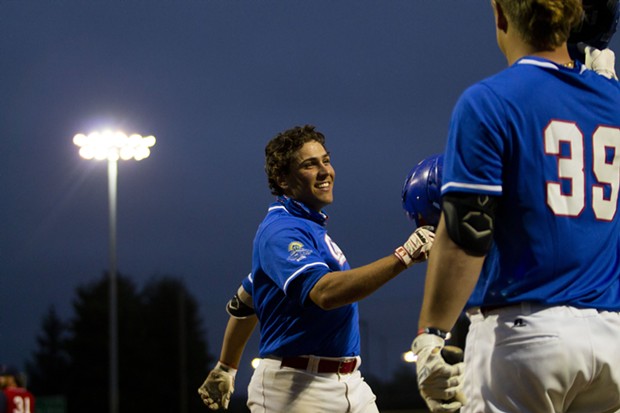