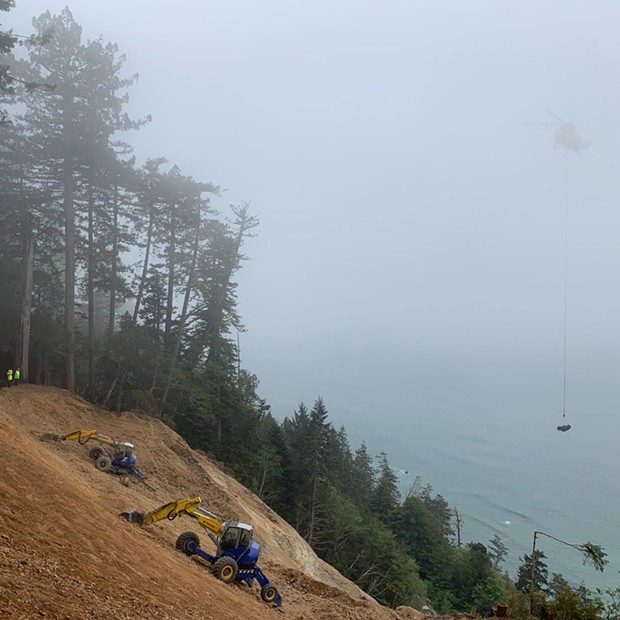 Traversing the upper reaches of California along U.S. Highway 101 is about to become more complicated as Caltrans extends road closures to accelerate a stabilization project on a slope over the short but notorious Del Norte County section known as Last Chance Grade.

This year alone, landslides blocked the aptly named stretch south of Crescent City — which serves as a main link between the northernmost areas of the state to points south — several times.

The new schedule, according to Caltrans, is expected to “shave months off of long closures in the area” — moving the project completion date from November to the end of August — but the work can’t take place at night for a number of reasons, including worker safety.

“Even during the day, fog can have significant impacts on our work progress and worker safety. On top of that, the location of the slide also limits where we can place lights without them getting damaged by rockfall,” Caltrans wrote in a Facebook post. “We are currently removing debris at the high end of the slide which can make removing material safely impossible without proper lighting and visibility. This new accelerated schedule will hopefully advance the project to a point when extensive night work could be implemented.”

There aren’t any simple detours. The only way around is a seven hour and 320-mile-long trip via Highway 199 to Interstate 5 to State Route 299.

Troubles along the cliffside passage named for the Last Chance Slide that came down on a wagon trail built back in 1894 are nothing new, with some 200 active landslides documented in the area.

In fact, instability almost derailed the current route’s construction back in 1933, leading to talks of moving the road inland which never went forward, mainly due to cost.

Should a catastrophic failure occur, Del Norte County alone stands to lose some $300 million to $400 million per year in economic productivity, along with an estimated 3,000 to 4,000 jobs.

But there is a glimmer of hope down an albeit long road for a solution to Last Chance Grade. Local officials announced in April that a list of alternative routes had been narrowed down to two possibilities — ranging in price from $300 million to $2 billion.

Even with that milestone reached, the environmental review process and ultimate selection of an alternative is expected to happen in 2025, with an estimated opening date of 2038 — or sooner.

So, the shore-up efforts continue.

During the holiday weekend of July 2 through July 5, 30-minute delays are projected.

“By simply ‘timing it right’ to arrive at Last Chance Grade slightly before and during these open windows, travel impacts can be greatly reduced as crews continue their hard work battling the elements and performing slope stabilization work,” Caltrans states.