Crabs Bring Their Own Fireworks for Fourth of July

There were no actual pyrotechnics at Arcata Ballpark for the Fourth of July but the Crabs bats provided plenty of fireworks over the week for the fans as the team scored 70 total runs. The Crabs started the week off with a two-game set against the NorCal Warriors and came out swinging hard and early, putting up seven or more runs in the first three innings both nights in an impressive display of firepower that set the tone for the holiday weekend.


Eureka local Caleb Ruiz got the start for the Crabs on Tuesday and threw well allowing just four hits through five innings of work against the Warriors and striking out seven batters. Ruiz was able to work comfortably for much of his five innings on the mound as the Crabs leaped to a 6-1 lead and never looked back on the way to a 21-2 victory to begin the week. 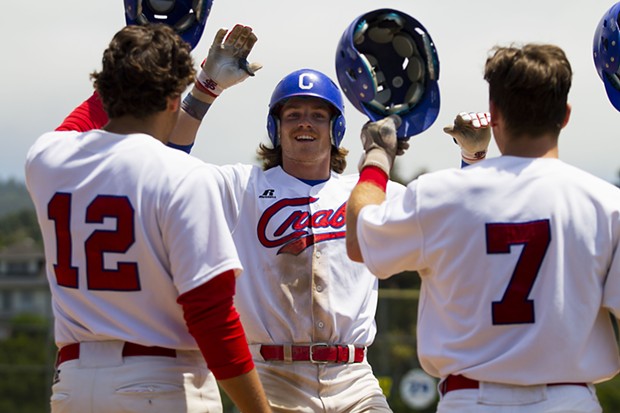 Andrew Allanson, catcher for the team, was involved in an unfortunate play, sliding into home when the ball took an errant hop and stuck him on the forehead. Allanson was inspected by team medical staff in the dugout and remained in the game after passing initial inspection. He hit a grand slam in the seventh inning but symptoms become more clear through the night, and the next day it became clear he had been playing while concussed.


“It was just kind of really bad luck,” Crabs Manager Robin Guiver said after Sunday’s game. “It was nobody’s fault. It was a bad hop and just bad timing coming across the dish when it happened. He was OK for a couple innings, we thought. He checked out all the eye stuff but then he ended up being a little banged up and needed some time.”

Fortunately, Allanson is doing much better now and is expected to be able to return to play for the Crabs on Tuesday most likely as the designated hitter against the Perth Heat.


“Hopefully, we should have him back Tuesday is the goal,” Guiver said. “We kind of knew he was going to be out for a few days but, hopefully, Tuesday he’ll be back out and we’ll be excited to get our big stick back in the lineup.”


The team backed up their Tuesday win with a combined shutout on Wednesday, led by starting pitcher Adam Walker who gave up just two hits in the winning effort, while striking out 10 before handing the ball off to Will Springer and Chad Wilson to wrap up the 15-0 victory and complete the midweek sweep. Usual pitcher Manny Casillas played first base for the night and launched a home run onto the roof of Arcata City Hall, showing off his swing along with outfielder Luke Powell, who also had a home run on the night.

“I’m kind of minimized on at-bats so I try to take full advantage of my at-bats,” Casillas said. “So I said, ‘Might as well try to aim for the fences.’ I mean, I only get a few at-bats so I just decided to try and unload on one and it worked out.”


The weekend series was much of the same for the Crabs as they took on the Solano Mudcats for Fourth of July weekend. The Crabs took the first game of the series 14-2 with Kaden Riccomini on the bump and behind a dominant offensive performance from first baseman Gabe Giosso who went five-for-six in the game with two RBI’s. Giosso’s form in the batter’s box was a sight to behold throughout the weekend, as the junior out of St. Mary’s College racked up 11 hits in total and now leads the team with a .413 batting average.


“I’ve felt good,” Giosso said after Sunday’s game. “Just trying to get good pitches to hit and do the little things right. You know, situational baseball, execute when I need to. But when they leave them over the plate, do some damage.”

As an added boost for Giosso, he had the chance to play against one of his teammates from St. Mary’s, Justin Banks who plays first base for the Mudcats.


In a contrast to the previous games of the week, the Crabs dropped the middle game of the series 1-6 in one of few games that they scored less than three runs as they came up against hot pitching between Mudcat’s starter Andrew Stapleton and reliever Brady Joyner, who managed to stifle the offense on a night where things seemed to not fall the way of the home team, with Casillas taking the loss on the mound.


“Personally, I felt like I wasn’t as I was normally,” Casillas said. “I just felt off. I felt like instead of pitching, I was just kind of throwing. But you know, I try to make up for it. I’m not going to use that as an excuse. I try to do my best but just didn’t turn out the way I wanted to. Definitely going to come back and be a lot better next start.”


If the loss was a setback at all for the Crabs, they didn’t let it show whatsoever as the team bounced back to resounding Fourth of July victory and taking the rubber match 19-1 to win the series in front of a crowd of nearly 1,000 at the ballpark. It was yet another solid outing from a Crabs team that has scored no shortage of runs through this first half of the season. Outfielder Josh Lauck also managed to snag his first home run of the season in the third inning on a ball that he initially didn’t think would be enough but floated out over the center field fence. For Lauck, the team has formed a strong connection through the early phase of the season, which keeps morale high in the dugout.


“I think naturally we’re just a high energy team,” Lauck said after Sunday’s game. “We molded together very well so we kind of run of each other very well. That’s what I love about these guys. We just kind of molded in and it’s a little brotherhood now. It’s awesome, I love it out here. The atmosphere is great, the fans and everything.” 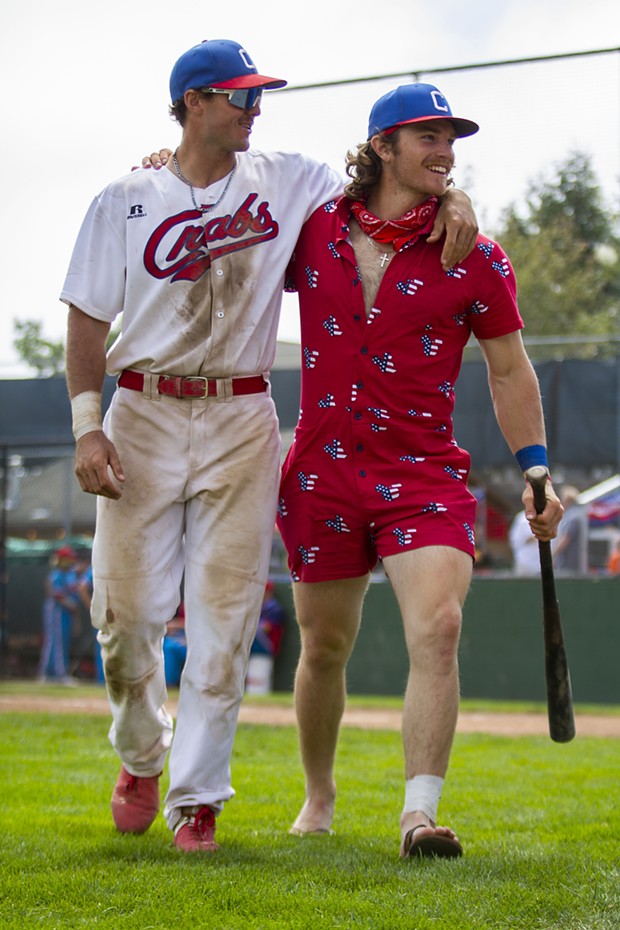 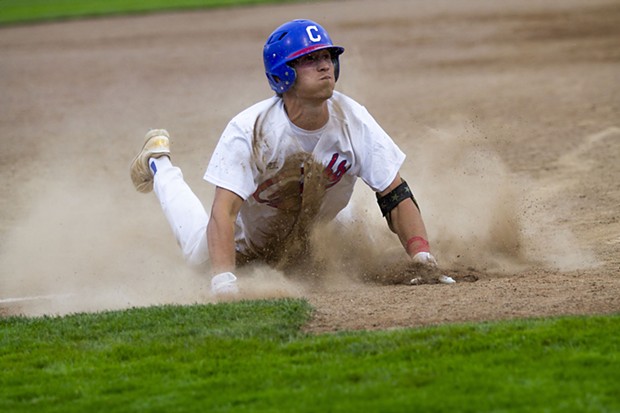 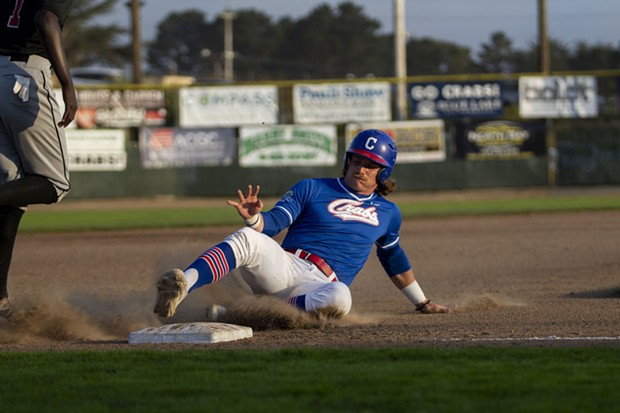