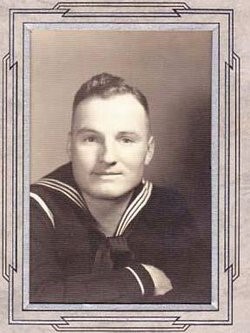 Nearly 80 years after Navy Radioman 3rd Class Earl M. Ellis died on board the USS Oklahoma during the attack on Pearl Harbor, the man from Hope, Arkansas, will be laid to rest next to his twin sister at Ocean View Cemetery on Thursday with full military honors.

A graveside service will take place at 1 p.m. and the family is inviting the public to attend.

Ellis, 23, was one of 429 men killed when their ship sustained multiple torpedo hits during the Dec. 7, 1941, attack and quickly capsized. The majority of those who died on the USS Oklahoma were unable to be identified and were later buried in 46 plots at National Memorial Cemetery of the Pacific, also known as the Punchbowl, in Honolulu in October of 1949.

In 2015, the Department of Defense’s POW/MIA Accounting Agency exhumed the USS Oklahoma’s plots as part of agency’s mission to account for as many missing service members as possible.

Ellis was identified late last year using dental and anthropological analysis, according to the agency, as well as mitochondrial DNA, which is inherited from an individual’s mother. He is one of 337 crewmembers whose remains have been returned to their families.

“As part of the family for Navy Radioman 3rd Class Earl M. Ellis, we are grateful for his sacrifice for our country and we are grateful to be able to bury him with his family in California. He may now rest peacefully,” Lorin McKnight Mayo wrote on the agency’s Facebook page.

Many of Ellis' sisters made Humboldt County their home, including Ollie Mae Ellis Mayo and Vivian Inez Ellis Mayo — who married brothers.

His twin, Pearl Bernice Ellis Kitchens, came to Eureka in 1972 to join her sisters, according to her obituary. She died in 1996, just nine days short of her 78th birthday, and was buried at Ocean View, with her grave marker including a plaque to Ellis.

Anyone wishing to send cards or flowers can send them to Sanders Funeral Home in Eureka, which is handling the arrangements.