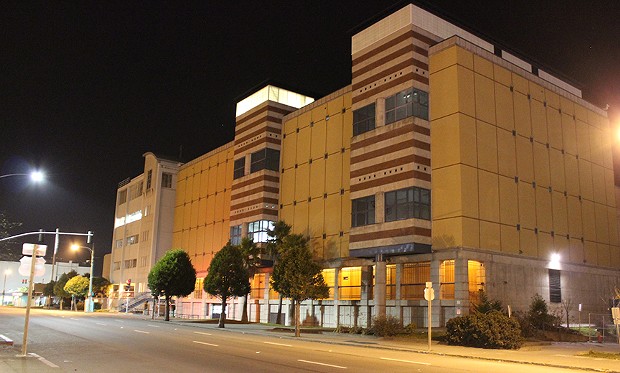 At least nine inmates at the Humboldt County jail have tested positive for COVID-19 as the Sheriff's Office works to contain on outbreak.

Sheriff's Office spokesperson Samantha Karges said in an email to the Journal that the inmates — who all reside in the same housing unit — have been relocated to the jail's medical unit, where they will complete a mandatory two-week quarantine. The housing unit, meanwhile, has been placed under quarantine, with the other inmates undergoing daily testing, Karges said.

"Inmates in all other housing units of the facility have been tested and it appears the spread has been isolated to just the one housing unit at this time," Karges said.

News of the outbreak was first reported by Kym Kemp.

Six correctional officers have also tested positive for the virus and are undergoing mandatory quarantine, Karges said, adding that other staff are undergoing daily COVID testing "to ensure any additional positive cases are detected early." The officer quarantines will almost assuredly exasperate staffing issues in the jail, which has been short-staffed for at least the past year and a half, at times critically so.

While inmates and staff at the jail had previously tested positive for COVID-19, this is the facility's first significant outbreak since the pandemic's start. Throughout the state and nation, jails and prisons — like other congregate living settings — have the been seen intense clusters of COVID-19 cases, and the local jail implemented strict screening protocols early in the pandemic to try to keep the virus out of the facility.

It's unclear what percentage of jail staff and inmates have been fully vaccinated, which have been shown to help prevent infections, extreme disease and death. The Humboldt County Board of Supervisors considered mandating vaccinations for county employees in October, but instead decided to require unvaccinated employees to undergo weekly testing for the virus.

"The Humboldt County Correctional Facility has a set of pre-established COVID protocols for this very situation and the facility is taking all necessary precautions," Karges said. "Correctional staff continue to work with Public Health to identify COVID-19 exposure risk and mitigate any potential spread related to these most recent positive cases."

The Journal has requested additional information about the jail's testing protocols and the condition of those who have tested positive and will update this post as we get more information.