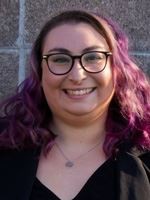 The Arcata City Council voted 4-0 last night to call a special June 7 election to fill the upcoming vacancy on the dais when Vice Mayor Emily Goldstein steps down at the end of the month for family reasons.


The top vote-getter will serve out the rest of Goldstein’s term, which runs through November of 2024. Goldstein, whose resignation is effective March 1, did not attend the meeting.


City Manager Karen Diemer said the county estimated the cost of placing the item on the June ballot at $7,500 and that waiting until November would likely be a bit less expensive but she was not able to provide a number at this time.


She also explained that any appointment could only run through November under state government code because Goldstein was stepping down in the first half of her term and the vacancy was occurring more than 130 days before the next municipal election.


While there was initially confusion about what each of the choices would mean, the council then quickly narrowed in on placing the seat up for a vote.


“I think putting it to the public would probably be the best thing, and having it sooner than later,” Councilmember Meredith Matthews said, noting she thought having a second appointment on the council would not be the optimal choice.


Matthews was appointed in June to fill out the term of Sofia Pereira, who stepped down to become the county’s public health director.


Mayor Stacy Atkins-Salazar agreed, saying she thought two appointments in such a short period of time wouldn’t “sit well with the public, especially those who have an issue with us” and could be viewed as “loading up the council.”


Councilmember Sarah Schaefer also noted that she thought the June election would “be a lot more clear to the public” rather than having one two-year seat and two four-year seats up for a vote in November.


Councilmember Brett Watson initially voiced his support for the November option, saying there was historically better participation in general elections and he didn’t see “what was so urgent” about moving forward now then asked the other councilmember to weigh-in on the timing.

Several other councilmember noted that they were hearing a sense of urgency from members of the public and Atkin-Salazar responded that she was currently voluntarily recusing herself from discussions on the city’s Gateway Area Plan because she lives across the street from the proposed project area.

Leaving important decisions on the plan to just three councilmembers while she’s awaiting word from the California Fair Political Practices Commission on a potential conflict of interest due to her property's proximity would be a “heavy lift,” Atkins-Salazar said.


After hearing the other councilmembers’ views, Watson made the motion to go forward with a special election in June, which passed unanimously.


Nomination papers for interested candidates will be available starting Feb. 14 and must be returned by 5 p.m. on March 11.


Read the release from the city of Arcata below:


Goldstein will be stepping down from her position on the Arcata City Council on Tuesday, March 1 in order to support her family’s medical needs. Once elected, Goldstein’s replacement will serve her remaining term, which expires in November of 2024.


Nomination papers for the open City Council seat will be available to be picked up beginning at 9 AM on Monday, February 14 and must be filed by 5 PM on Friday, March 11 at the City Manager's Office in City Hall, located at 736 F Street.