UPDATED: Forecast: Snow in the Mountains, Rain Across the Region 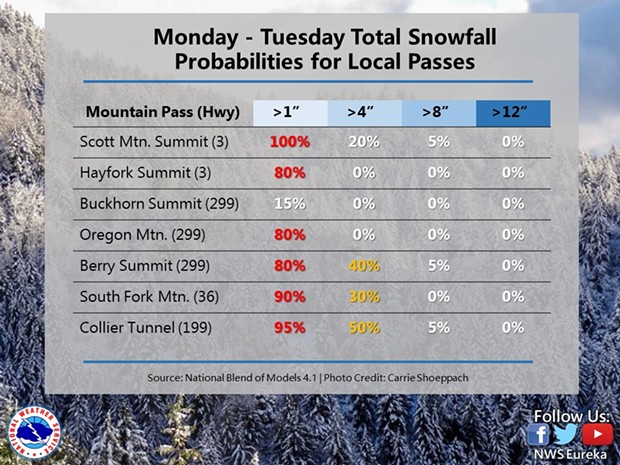 The Eureka office of the National Weather Service has issued a winter weather advisory for the mountains of northern Humboldt County and interior areas of Southern Humboldt and  Del Norte County that runs for 24 hours starting at 7 a.m. Monday.


According to the advisory snow is expected a total of 3 to 5 inches is expected above 2,000 feet with some lighter snow down to 1,500 feet affecting state routes 36,  199, 299 and higher elevation rural roads, including around Kneeland.

"The trickiest travel is expected around Berry Summit on Highway 299 and the Collier Tunnel on Highway 199, especially late today and tonight. Over 6 inches may fall at Berry Summit," a Monday NWS Facebook post states. "Some slushy accumulations may even occur late tonight at lower spots like U.S. Highway 101 summits above 1500 feet, before shower activity diminishes Tuesday morning."

Other areas in the region are expected to see minimal rainfall but more than has fallen since early January.


“This will be a longer duration snow event, with relatively light amounts spread over a 24-hour period, but still enough to cause locally difficult travel conditions,” the advisory states, noting chain restricts will be possible over mountain passes. 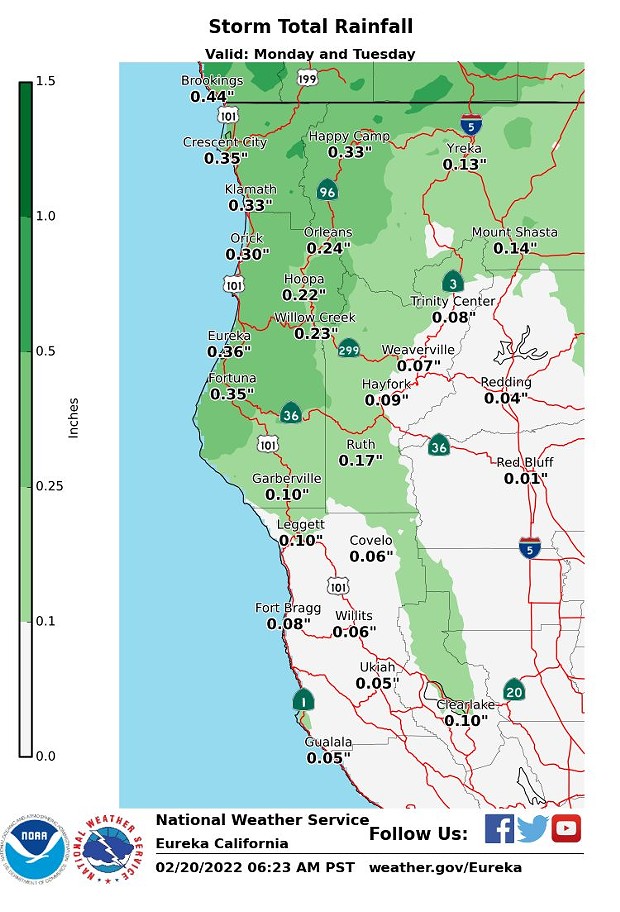