Meth, a Mother, and a Stillbirth: Imprisoned Mom Wants her ‘Manslaughter’ Case Reopened 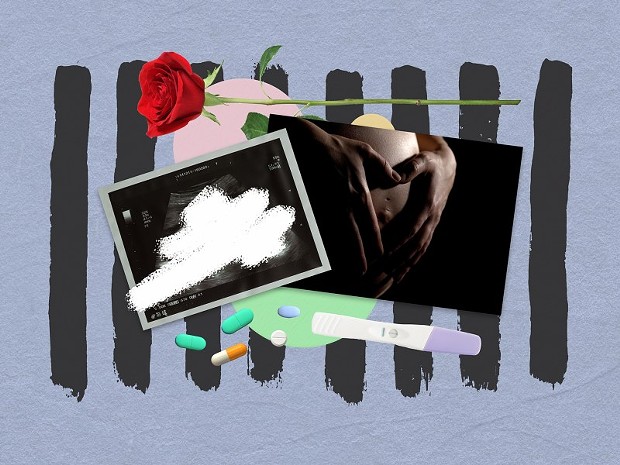 The 29-year-old woman was rushed to a Central Valley hospital on Dec. 30, 2017. Seven of her nine children had been born high on methamphetamine. This one, her 10th, was coming two weeks early.

Doctors detected no fetal heartbeat at 9:30 p.m. At 10:14 p.m., she tested positive for methamphetamine. Eight minutes later, Adora Perez of Hanford delivered a stillborn boy she named Hades, according to medical records shared with CalMatters by a member of Perez’s legal team.

“Affect appropriate for situation,” her medical chart noted.  “Teary off and on.”

And then — on the morning of Jan. 1, 2018 — Perez was released from Adventist Medical Center in Hanford and arrested. Charged with murder, she eventually pleaded guilty to “manslaughter of a fetus” and was sentenced to 11 years in prison.

Perez has served nearly four years of her sentence, but this week, she returns to court. On Tuesday, a Kings County judge will weigh whether to reopen the case. Perez’s attorneys argue that she didn’t understand the crime to which she was pleading and received ineffective counsel from her trial and appellate attorneys.

Since her guilty plea, Perez’s story has drawn national attention for her rare plea to manslaughter of a fetus – a charge that doesn’t exist in California law. Abortion rights advocates believe her case has broad implications for abortion access in California, potentially opening the door to criminal prosecutions of people seeking to terminate pregnancies.

“With the possibility that Roe (v. Wade) might fall this year, ​​letting this stand could increase these types of prosecutions,” said Samantha Lee, staff attorney at National Advocates for Pregnant Women. “Those cases happen everywhere in the country.

“I would just emphasize that I felt that shock when I heard these cases happened in California.”

Bonta described his guidance as a “legal alert” to every county prosecutor.

Across the entire state in the last three decades, only one prosecutor has charged women who miscarry with murder: Kings County District Attorney Keith Fagundes.

Twenty-two months after he charged Perez, Fagundes filed a murder charge against 26-year-old Chelsea Becker of Hanford, who also tested positive for methamphetamine and delivered a stillbirth at the same hospital.

Becker was released in March after 16 months in jail. A Kings County judge dismissed the murder charge against her in May.

Perez’s legal team takes that as a good sign — even knowing that they have challenged the conduct of the local prosecutors, defense attorneys, trial court and law enforcement system that closed quickly around Perez on the night of her delivery.

They say they’re also encouraged by a June 2021 decision by a state appellate court, which ruled that a trial court cannot accept a defendant’s plea that isn’t based in fact – exactly what Perez’s pro bono attorney, Mary McNamara, argues is happening in Kings County.

“You can’t just plead to something you couldn’t have done,” McNamara said.

In the hospital, according to her nursing chart, Perez and the father of her baby were distraught.

Perez “was emotional, tearful and mixed emotions,” a nurse wrote. “(Father of the baby) appeared to have been crying and was solemn.”

Perez was given numbers to call for substance abuse and counseling for postpartum depression. Both parents were handed a brochure about grief and loss called Angel Babies.

In his discharge summary, Dr. Thomas Enloe recommended that Perez be put on one to two weeks of “pelvic rest,” and recommended a follow-up appointment.

But the hospital had already put Perez’s legal case into motion. At 11:30 p.m. on Dec. 30, 2017, a nurse at the hospital called Child Protective Services. Police were at Perez’s bedside within three hours and 10 minutes of her delivery.

A doctor told a detective that the baby died of a placental abruption “due to extensive drug use by the mother,” according to Perez’s medical records, a statement which formed the foundation of the case against her.

After she was charged, Perez was assigned an attorney who worked on a contract basis – Kings County, population 153,000, doesn’t have a public defender’s office. Perez argues now that the attorney failed to provide her with effective assistance, and led her to plead to a charge she didn’t understand.

She attempted to withdraw the plea, and argued her first attorney didn’t investigate the possibility that something other than methamphetamine might have led to the stillbirth. The judge denied her motion to withdraw the plea and, on June 15, 2018, she was sentenced to 11 years in prison.

Perez appealed, but her appellate attorney filed what’s called a Wende brief, which tells the appeals court that the attorney found no issue upon which to appeal the case.

“It was basically putting up the white flag,” McNamara said.

The appellate court upheld the lower court’s ruling. The California Supreme Court declined to hear her petition for review.

Perez is now asking the Kings County Superior Court to reopen her case.

The tallest building in Hanford is the courthouse, four stories of neo-classical revival in the seat of Kings County. It’s nearly as old as the county itself, built just three years after the county’s incorporation in 1893.

The history of the state is inscribed in this rural county’s history: Bloodied by 1880s gun battles between railroad bulls and squatters, it was briefly made rich by a 1928 oil strike and  provided the backdrop for the 1933 cotton pickers’ protest.

But there, Kings County’s history begins to diverge from California’s more recent prosperity.

The ​​oil strike uncovered the Kettleman North Dome Oil Field, but the site is nearly exhausted. More people are leaving here than arriving – the county has lost more than 2,800 residents to out-migration in the last five years, according to the California Department of Finance. An estimated 2,000 births each year is the only thing keeping the county’s total population from shrinking.

A significant number of the adult population has voted for Fagundes.

In the last decade, Fagundes, the district attorney, has enjoyed a healthy mandate. After a 12-year career as a deputy district attorney in Tulare and Kings counties, he won the race for Kings County District Attorney in 2014 and 2018 with more than 68% of the vote, and he’s running for reelection this year.

“The AG of the state has no business being asked by political groups to give such statements,” Fagundes said.

“He took an oath to uphold the law and enforce the law, not interpret it for his own political ways.”

Fagundes’ neatly combed hair and ready smile belie a puncher’s mentality. Raised in a working class Catholic family of seven, Fagundes said abortion was never a topic his family discussed. His father, Richard Fagundes, has been on the Kings County Board of Supervisors since 2008.

“Through the college years and I still maintain today, I don’t have a uterus. I’m not going to make decisions for women in that regard,” Fagundes said. “I’m not going to tell them what’s best for their baby or themselves.”

A Democrat for much of his life, Fagundes switched to the Republican Party in 2014 as he prepared to run for office in this heavily Republican county, where 64% of registered  voters wanted to recall Gov. Gavin Newsom in September.

But the decisions to charge the mothers, he said, came not from his own political leanings but from the opinions of the doctors who treated them and the pathologists who examined the fetuses.

“It’s like, look, under what circumstances can we do something?” Fagundes said. “These women are coming in and they are high on drugs.

“If they had come in beaten up and their fetuses were suffering from being beaten up, we would be charging the fathers. Why aren’t we charging folks for this?”

The staredown with state AGs

In nearly every instance, the California attorney general’s office supports the work of county district attorneys.

The Perez and Becker cases have reversed that dynamic.

Bonta and his predecessor, Xavier Becerra, now the U.S. Health and Human Services secretary, have consistently called for the women to be freed.

“I think our position is very clear,” Bonta told CalMatters. Trial courts and attorneys “should know there’s no legal standing for such a charge,” he said.

Becerra said in a 2020 friend of the court brief that Fagundes misinterpreted the law and that a Kings County Superior Court judge was incorrect in deciding not to dismiss the charge against her.

California law regarding deaths of a fetus dates back to 1970. A man was convicted of murder for severely beating his estranged pregnant wife, who lost her baby. His conviction was overturned by the California Supreme Court, which ruled that a fetus is not a human being under the law.

In response, the Legislature added language to California’s murder statute: The killing of a fetus was punishable. But they added a condition: The murder statute didn’t apply if the act was “solicited, aided, abetted, or consented to by the mother of the fetus.”

Perez’s attorneys argue that her charges are therefore invalid because, under California law, a fetus cannot be the victim of a criminal act if the act is committed by the mother, or with her consent. They say the prosecutor erred in charging Perez, and the judge wrongfully allowed Perez to plead to something legally impossible. They contend the original attorney assigned to Perez failed her by allowing her to plead to a lesser charge, manslaughter of a fetus, that doesn’t exist in California law.

“Ms. Perez pled guilty (to manslaughter) because she had been led to believe that she could be convicted of murder, which was not true,” her attorneys wrote in a brief asking the state Supreme Court to review the case.

Medical experts introduced by Perez’s new legal team also have testified that there is no science supporting the idea that methamphetamine causes stillbirths.

Tuesday’s hearing will take up the question of whether Perez was denied her constitutional rights to due process by the actions and inaction of her original attorneys. If a judge agrees with Perez, her manslaughter plea will be vacated, and she could be released on bail. She would still face the original charge of murder.

Fagundes believes he’s done the best thing possible for the residents of his county, including Becker and Perez.

“This may be way out of line to say, but I credit our practice to (Becker’s) recovery if she stays recovered,” Fagundes said.

He argues that jail for Becker – and prison for Perez – provided them their longest periods of sobriety.

“How do you disagree that our practice worked for her in this moment? You can’t. No other practice helped her.”

Today, Perez is inmate number WG0595 at the Central California Women’s Facility in Chowchilla. Since she’s in prison for killing her infant, McNamara said she’s been assaulted.

“When you go into a prison with the moniker ‘baby killer,’ it’s similar to a man going to prison for pedophilia,” McNamara said. “You’re marked. She’s been beaten up, she’s been ostracized, she’s been in and out of the mental health ward.”

Drugs are readily available in the women’s prison, McNamara said, though she declined to say whether Perez, now 34, has maintained her sobriety during her incarceration.

“Prisons are filled with drugs, and to be able to survive in a situation like that as a sober individual is extraordinarily difficult,” McNamara said.

Becker, the other woman charged with manslaughter of a fetus, declined to comment through her attorney, Dan Arshack.

“(Becker) is a brilliant young woman with a troubled past and a bright future,” Arshack said. “Even though she didn’t know what the law was, in her heart she knew she shouldn’t have been criminalized.”

Arshack said Becker, now 27, is working full time and taking college courses. When she graduates, he said, she plans to apply to law school.