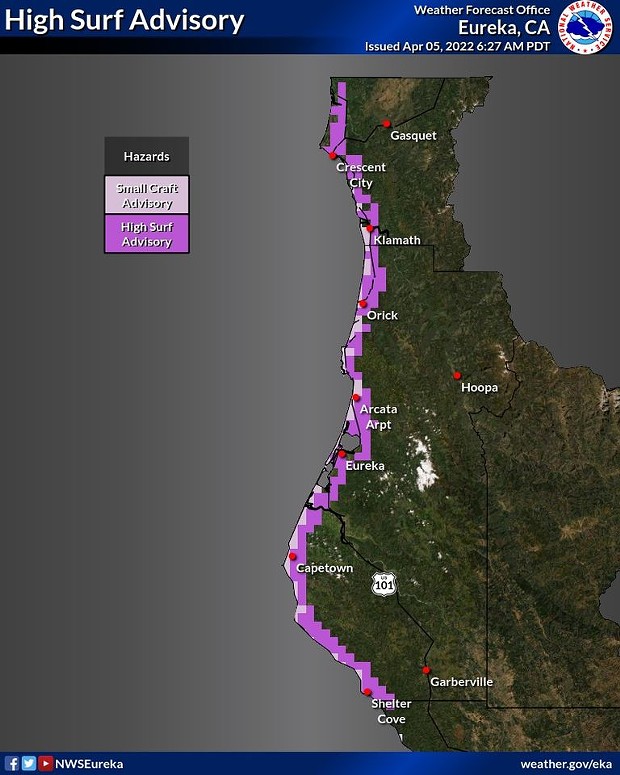 UPDATED: The Eureka office of the National Weather Service has issued a high surf advisory for the coasts of Humboldt and Del Norte County until 9 p.m., with breaking waves  up to 23 feet possible.


"Large breaking waves along the coast will lead to increased wave run-up on beaches with waves topping and washing over large rocks and jetties," the advisory states. "These large waves can be erratic and unpredictable. Use extra caution near the surf zone as these large waves will be capable of sweeping people into the frigid and turbulent ocean water."

The National Weather Service is also urging marines traversing the bar "to exercise extreme caution or stay in port until the threat subsides" and directs further inquiries about harbor and bar closures to the U.S. Coast Guard.