Rally for Reproductive Rights in Eureka

A group of about 50 demonstrators gathered at a rally for reproductive rights in front of the Humboldt County Courthouse Tuesday night after a leaked draft U.S. Supreme Court majority opinion indicts the court may overturn the landmark Roe vs. Wade decision, which instilled the legal right to abortion.

As members of the crowd held up signs with various slogans including, "My Body My Choice," "Keep Abortion Legal" and "Abortion Access Saves Lives," several noted they have been demonstrating for women's reproductive health care rights for far too long.

The Eureka rally was one of many held around the nation following the bombshell  Politico report published Monday night on the potential end of those federal protections after securing the preliminary document written by Justice Samuel Alito that was being circulated among the court. 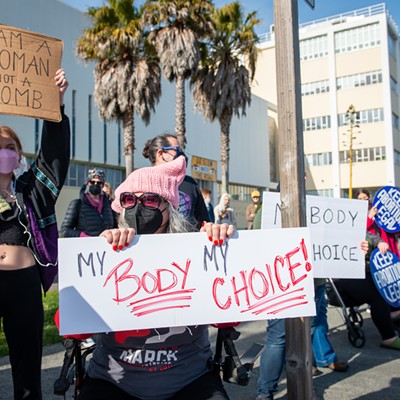 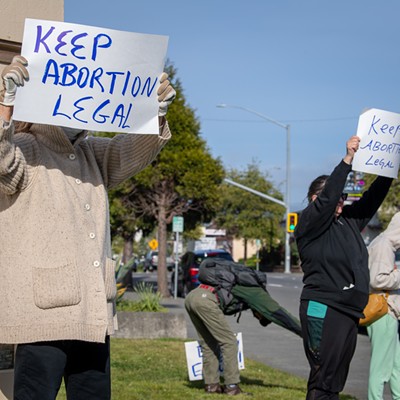 Rally for Choice
By Mark McKenna
Click to View 11 slides
The draft is not the court's final decision on the 1973 case and the language and votes could still change in the months before the U.S. Supreme Court gives its final word, which, if the opinion stands, could lead to abortion access restrictions in at least a half dozen states, according to media reports.

Chief Justice John Roberts has confirmed the authenticity of the leaked draft and ordered an investigation into the breach, the first of its kind for the nation's highest court in modern times.